His vision led to the creation and strategic growth of the leading manufacturer of setting materials for the construction industry.
Back 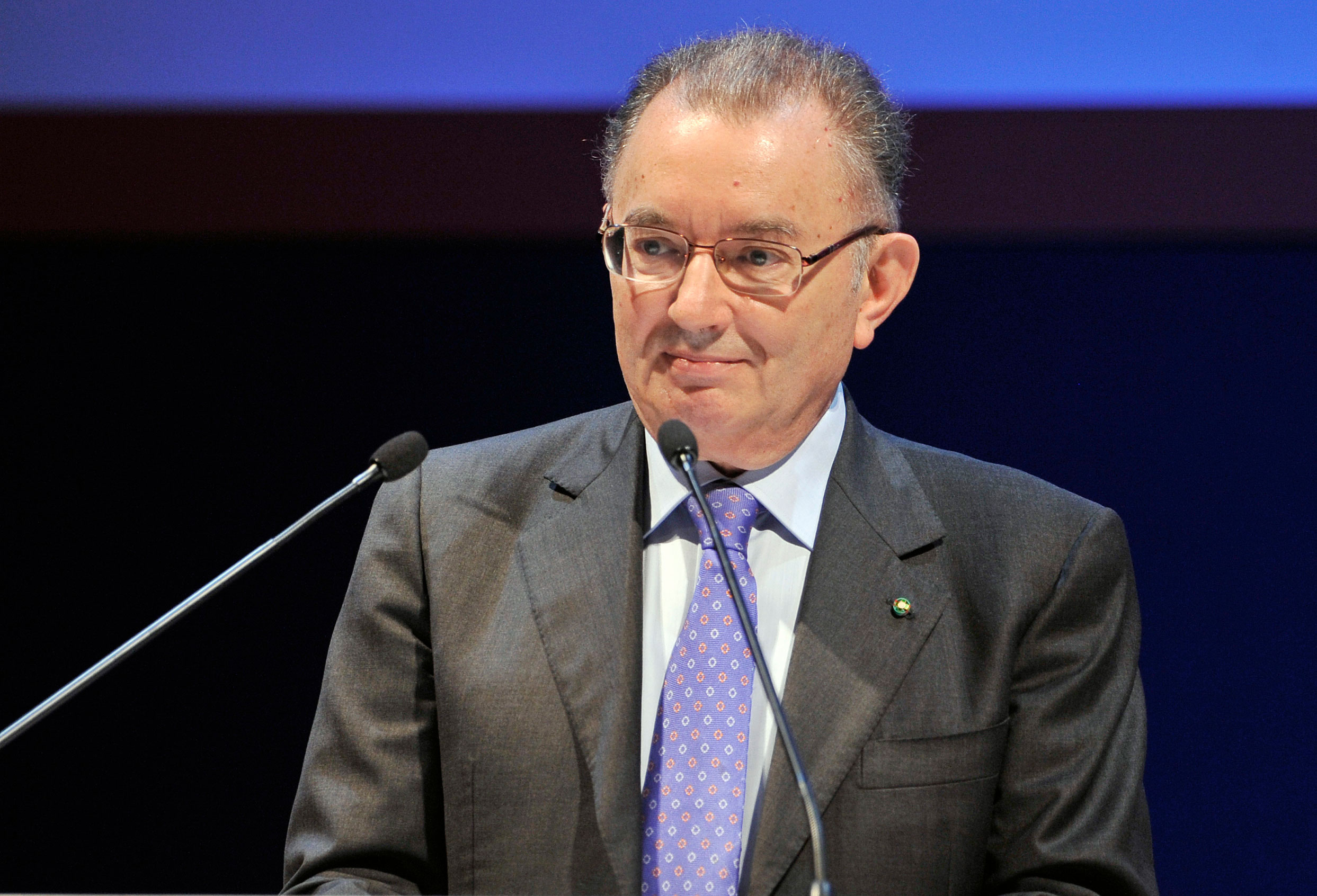 Deerfield Beach, Florida, April 8th 2022 - Giorgio Squinzi was a chemist and a forward-thinking businessman with great humanitarian and entrepreneurial qualities.

Born in 1943 in Cisano Bergamasco, where his family had been displaced by the war, Giorgio Squinzi was raised in Milan, where in 1937, his father, Rodolfo, founded MAPEI, a small company that manufactured auxiliary materials for construction and industry.

In 1969, Giorgio graduated from the State University of Milan with a degree in Industrial Chemistry. He immediately joined his father at the company, contributing to the innovative and revolutionary development of adhesives and chemical products for the building industry.

After initially breaking into the Canadian market in 1976 by supplying products for laying the athletics track for the Montreal Olympics, MAPEI opened its first factory outside Italy in Canada in 1978 in the industrial district of Laval near Montreal.

In 1984, after the death of his father, Giorgio Squinzi took over the reins of the family business, guiding it into a new phase in its growth: internationalization. MAPEI’s Group decided to enter the USA market opening a plant in Tempe, Arizona, U.S.A., in 1984 and creating the subsidiary, MAPEI Corporation.  In the U.S.A., the Arizona plant was quickly followed by a facility in Chicago, Illinois, in 1985. Squinzi’s idea of building a number of manufacturing facilities located close to consumers on every continent led to a period of international expansion for MAPEI, which, over the years, would see exponential growth as the company opened new plants on every continent. In this endeavor, Giorgio had the backing of his sister, lawyer Laura Squinzi, and his wife, Adriana Spazzoli, who led MAPEI Group’s marketing and communication operations.

In the U.S.A., his vision led to the creation and strategic growth of the leading manufacturer of setting materials for the construction industry with locations and four state-of-the-art labs strategically placed to best serve customers (Deerfield Beach, FL headquarters and Ft. Lauderdale factory; Calhoun, GA; Dalton GA; Fredericksburg, VA; Swedesboro, NJ; Eagan, MN; San Bernardino, CA; Garland, TX; and Wildwood, FL), he also expanded the growth of the corporation itself with the acquisition of L&M (1996), North American Adhesives (1996), VINAVIL (2002), Polyglass (2008), GRT (2014), and, in the 2000s being awarded the business of both Lowe’s and Floor & Decor.

Under the leadership of Giorgio Squinzi, MAPEI's commitment to research also continued, earning him an honorary degree in Chemical Engineering from Politecnico di Milano in 2002.

MAPEI's great contribution to the chemical industry also helped get Giorgio Squinzi elected as President of Federchimica (from 1997 to 2003 and from 2005 to 2011) and of the CEFIC — European Chemical Industry Association (from 2010 to 2012). His commitment to innovation was contagious, and both organizations benefited from his drive for excellence.

Thanks to his commitment to industry and business, Giorgio Squinzi also served as President of Confindustria from 2012 to 2016.

Like his father Rodolfo, Giorgio Squinzi was passionate about cycling. He established a professional MAPEI cycling team from 1993 to 2002, which was at the top of all the international rankings for many years.

In 2003, he took over Sassuolo Football Club, bringing the same values to football that are such an integral part of MAPEI’s DNA: talent, teamwork, enthusiasm, determination, and perseverance in taking on new challenges. Under his guidance, this football club sponsorship has become a larger project continuing even today and focusing on sporting and personal development involving not just the professional Sassuolo men's team, but also women's and youth teams.

A firm believer in “clean” sport, he contributed to the fight against doping by setting up the MAPEI Sport Centre. Still involved in scientific research, the Centre provides assistance to athletes of all abilities to help them improve their performance through training programs and personal biomechanical assessment.

"Never stop pedaling,” Giorgio Squinzi's famous motto, has remained firmly imprinted in MAPEI’s DNA and has continued to instill strength in the company even after his death in 2019. Since then, his children Veronica and Marco, who began working for company in the early 1990s, have been at the helm as CEOs.

Upon notice of this year’s TCNA’s Tile Person of the Year award, Veronica and Marco Squinzi provided the following statements:

"It is a great honor for us to receive this recognition on behalf of our father Giorgio, who loved the United States and always considered it the land of opportunity. He approached the U.S. market in the 1980s finding from the beginning a strong and real support from institutions and economic environment. After having grown both organically and through local acquisitions, today Mapei Group has an important footprint in America with 16 MAPEI facilities and 6 Polyglass facilities all over the country, and we’ll keep on investing.” – Veronica Squinzi, Corporate CEO and Global Development Director for MAPEI Group

“Staying with our strategy, we have some new ongoing projects in the U.S. for the development of products with high quality standards that meet the needs of the local market, a market that rewards excellence. Beyond establishing and updating strategic manufacturing and distribution facilities, our business strategy aims to grow customer distribution and product line offerings, positioning MAPEI as a system solution and complete project provider.” – Marco Squinzi, Corporate CEO and Research & Development Director for MAPEI Group

Luigi Di Geso, President and CEO of MAPEI North America stated: “It was a great privilege that TCNA took time to honor Dr. Squinzi and to reflect on his contributions to the industry — in the U.S. and around the globe.”

Thanks to Giorgio Squinzi’s far-reaching vision, MAPEI Group is now a multinational company operating in 57 countries, with 91 subsidiaries and 11,000 staff. Its revenue for 2021 is forecast to be over 3 billion euros.