The most glamorous Italian department store “showcases” the history of design for its centenary celebrations.

100 years have gone by since the founding of the only major Italian department store capable of competing in terms of style and design with Galleries Lafayette, Harrods and KaDeWe in Berlin. La Rinascente is organising a series of events to celebrate its hundredth anniversary. On 20th May an exhibition opened at Max Museum in Chiasso, Switzerland, entitled “La Rinascente. 100 years of business creativity in graphics”. On display there are sketches, posters and calendars that la Rinascente initially commissioned to famous avant-garde illustrators, such as Marcello Dudovich and Achille Mauzan, who designed the first ever advertising poster. “Stories of Innovation”, an exhibition organised by Milan City Council in the chambers of the Prince’s Apartment on the aristocratic floor of Palazzo Reale, Milan, providing an overview of the history and development of this major department store from its founding to the present day, will be open to visitors through to 24th September.

THE HISTORY OF A DEPARTMENT STORE

The name “la Rinascente” was first coined a century ago -  although the company is even older than that – by the Italian poet Gabriele D’Annunzio by special request of Senator Borletti, who purchased Bocconi Emporium in 1917 and set about revamping it.

La Rinascente has always been considered one of the symbols of Milan for the way it opens up to and embraces everything new on the international scene. Innovation and perpetual motion, as exemplified by regular changes in its instore concept, have always been a deliberate strategy. Such a successful strategy that la Rinascente was awarded the prize for the world’s best store window campaign by the IGDS, the biggest international association of department stores, for its ability to constantly innovate and put on extraordinary performances.

The Bocconi brothers, the founders of la Rinascente, were the first to sell ready-to-wear fashion back in 1865 and as early as the 1950s this major Milanese department store pioneered the prêt-à-porter revolution in Italy.

La Rinascente has played its part in the history Italian design and art, as well as fashion: alongside D’Annunzio, who named the store, and the great designer Max Huber, who was given the job of designing its logo, lots of major names on the Italian art scene have been employees or worked at la Rinascente, such as Gio Ponti, Roberto Sambonet, Albe Steiner and Giorgio Armani, who began his career as a window dresser at the store, not to mention one of the leaders of the Hermetic movement, the poet Salvatore Quasimodo, who worked in the administration office.

Research and Innovation have always been to the very fore at la Rinascente and it was with this in mind that the “Golden Compass” prize was set up in 1954, based on an idea by Gio Ponti and Alberto Rosselli with the full backing of Aldo Borletti. A prestigious prize in the realm of high-quality industrial production.

Plenty of attention has always been paid to the shop windows, which have always been a brilliant business idea and very distinctive feature compared to other major department stores. From 1953, when they were co-ordinated and supervised by Bruno Munari, right down to the present day, the shop window displays have always been designed by major names in art and architecture.

Indeed, it was the shop windows that were the centre of attention for an entire week from 6th-12th June in a project promoted by the interior design and architecture magazine, Elle Decor, to celebrate la Rinascente’s hundredth anniversary. 100 of the most emblematic design objects across an entire century of history were displayed and carefully set in the eight shop windows facing onto Piazza Duomo. A procession through time providing visitors with tangible evidence of how everyday lifestyle has evolved through furniture and accessories that have become an integral part of our homes.

The Elle Decor Italia exhibition was designed by Elisa Ossino Studio: during the press conference to present the project, Ms Ossino explained that “the idea was to create a three-dimensional timeline in the form of a horizontal line intersected by vertical lines that created stands on which various objects were displayed”.

The editor-in-chief of Elle Décor Italia, Livia Peraldo, also noted that since 2010, the year when she began working with la Rinascente, “we have focused on a communication strategy embodied in window-dressing to which we have made a major contribution – always extremely exciting work! – thanks to working partnerships with international designers. An intelligent way of talking about fashion and design with all kinds of people. Our partner stores strategy allows us to choose a different designer for each new project. So, the shop windows have a special meaning for Elle Décor Italia and the idea of retracing 100 years of the history of design was really excited. Objects of various different sizes were chosen, authentic icons that have altered our lifestyle by entering our collective psyche”.

Anybody walking past the eight la Rinascente shop windows from 6th-12th June was bound to have been struck by the uniqueness and elegance of the design objects on display, ranging from an iconic red Vanity Fair by Frau to a La Chaise armchair designed by Charles and Ray Eames for Vitra, a radio designed by the Castiglioni brothers for Brionvega, the Juicy Salif lemon squeezer designed by Philippe Starck for Alessi, and Kioto end table by Memphis Milano.

Each shop window had a coloured coating on both the wall and floor: lemon yellow, glycine blue, candy pink and bright orange. Mapei products supplied the coloured finishes forming the backdrops for the items in each window. As the vivid colours demonstrate, Mapei pays very special attention to colour to provide solutions that suit the most diverse and creative colour schemes.

MAPEFLOOR COMFORT SYSTEM is Mapei’s product for making seamless resin floors that look great, are easy to clean and are extremely comfortable to walk on.

DURSILITE MATT is a transpirant, high-opacity, washable, water-repellent wall paint with an excellent white point. It is part of the DURSILITE finishing range of products, which all have low dirt pickup, are easy to clean, and keep looking clean throughout their entire lifecycle. 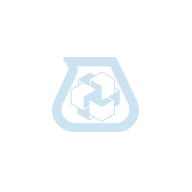