Mapei is a technical partner of Red Bull for the 2021 World Final Red Bull Half Court in Rome.

It will be played on the new court of Scalo San Lorenzo, conceived by the street artist Piskv and created thanks to Mapei technology.

In Scalo San Lorenzo, Rome, on Saturday 16 October the awaited world final of the Red Bull Half Court 2021 tournament will be played. The best international players of the increasingly popular 3vs3 street basketball will compete for the title.

A true urban work of art, the basketball court was created thanks to Mapei's MAPECOAT TNS RACE TRACK [1] technology, which allowed the artist to transform his design into a high-performance court, including excellent slip resistance, exceptional aesthetic performance with bright and long-lasting colours. To complete and protect the work, which at approximately 800 m2 is one of the largest in Europe, the surfaces were treated with MAPECOAT TNS PROTECTION transparent protective two-component finish.

The Scalo San Lorenzo project represents a step in the fruitful collaboration between Mapei and Red Bull, which has already led to the creation of the Graziella Fava gardens in Bologna, with the artistic contribution of the Truly Design Crew [2]. A combination of art and sport that also has a strong social value. Both urban surfaces, in addition to seeing the creative commitment of young urban artists, are in fact located in urban areas to be redeveloped, confirming the interest of Mapei and Red Bull to act in the urban context to make degraded spaces accessible, safe and durable.

Unlike simple colouring systems, Mapecoat TNS Race Track technology allows the creation of long- lasting non-slip surfaces capable of maintaining the surface roughness characteristics over time, even in wet conditions. From an aesthetic point of view, the wide range of colours available - combined, moreover, with the additional possibilities offered by the ColorMap tinting system - make it possible to satisfy all colour requirements. Furthermore, only with Mapei does artistic creativity make it possible not to produce excess material, thanks to the possibility of producing numerous colours in small quantities, providing the right material for every occasion.

[2] an unconventional visual communication studio, directed by three urban artists active in the graffiti scene since 1996: Mauro149, Rems 182 and Ninja1. 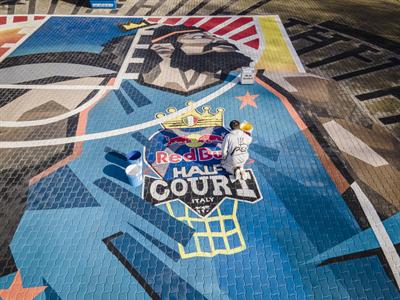 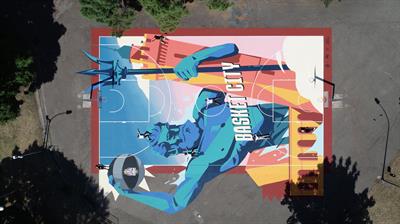