Mapei promotes a fast fix at The Golden Beam 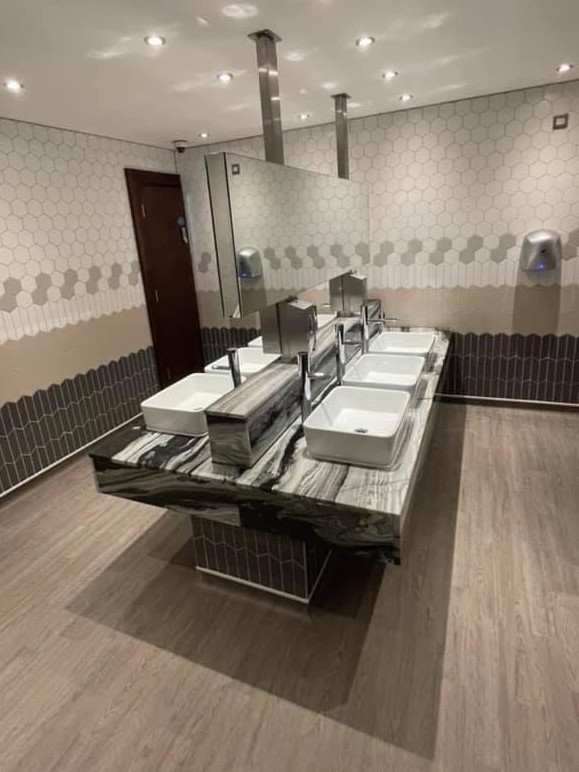 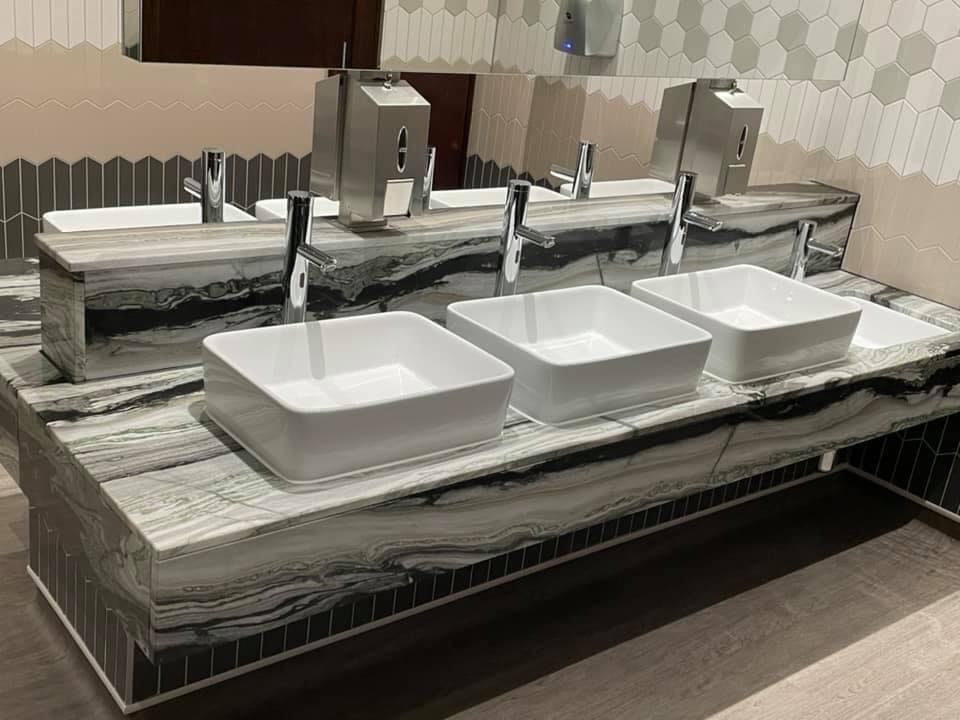 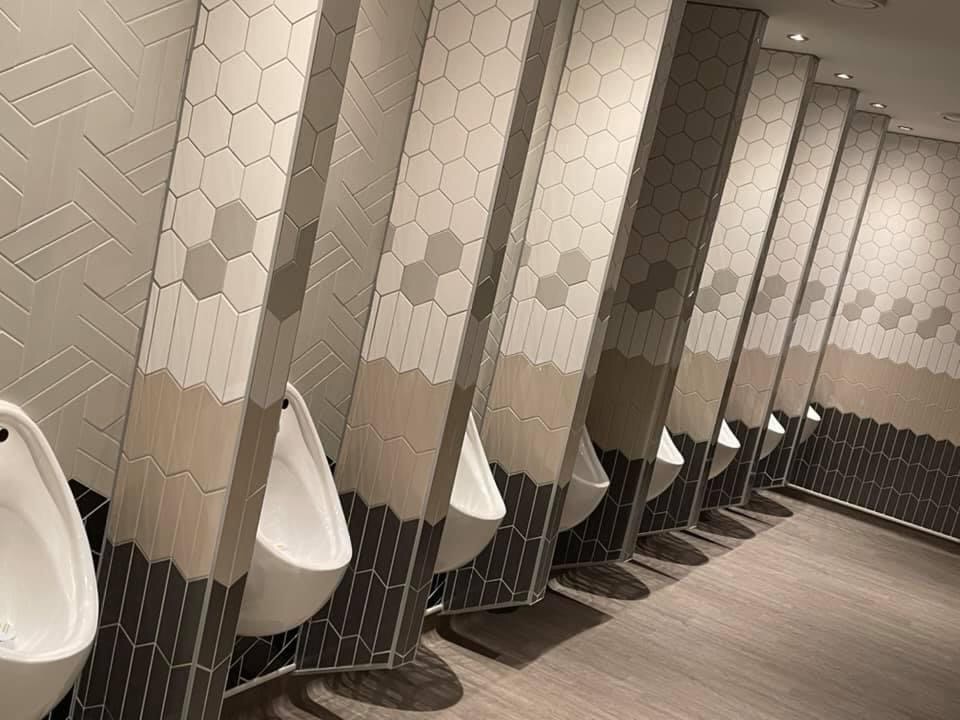 A Mapei fast track system has been used for an extensive tile installation at The Golden Beam – JD Wetherspoon’s new venue in Headingley, Leeds.   All tiling works were carried out by C & J Metcalf, the chain’s national tiling contractor.  They included an extensive floor and wall tile installation throughout the wash rooms, featuring a variety of ceramic surfaces and marble-effect counter tops.

The Golden Beam, which spans around 8,000 square metres over two floors, is located within the former Elinor Lupton Centre; a Grade II Listed building in the popular West Yorkshire suburb.  During the £4.1 million restoration many of the building’s original features were retained, including the auditorium with its impressive high ceilings, artwork and a church organ façade which been repurposed as a feature fireplace.

The venue’s two extensive wash rooms have a boutique-hotel feel, with a range of surface finishes.  The Mapei specification included fast-track Rapid Level CT 3220 - a rapid setting smoothing/levelling compound onto which ceramic, porcelain and stone floor tiles can be installed after just 45 minutes. Floor and wall tiles were installed with complementary fast-track Mapeker Rapid-set Flex – a cement-based rapid-setting adhesive which is ready to grout after three hours and can be opened to general traffic after 24 hours.  Tiles were then grouted with Mapei Ultracolor Plus 113 – an anti-efflorescence, quick-setting and drying polymer-modified grout in a complementary Cement Grey tone.  Ultracolor Plus features a water-repellent DropEffect® and mould-resistant BioBlock®, ideal for wash rooms environments. 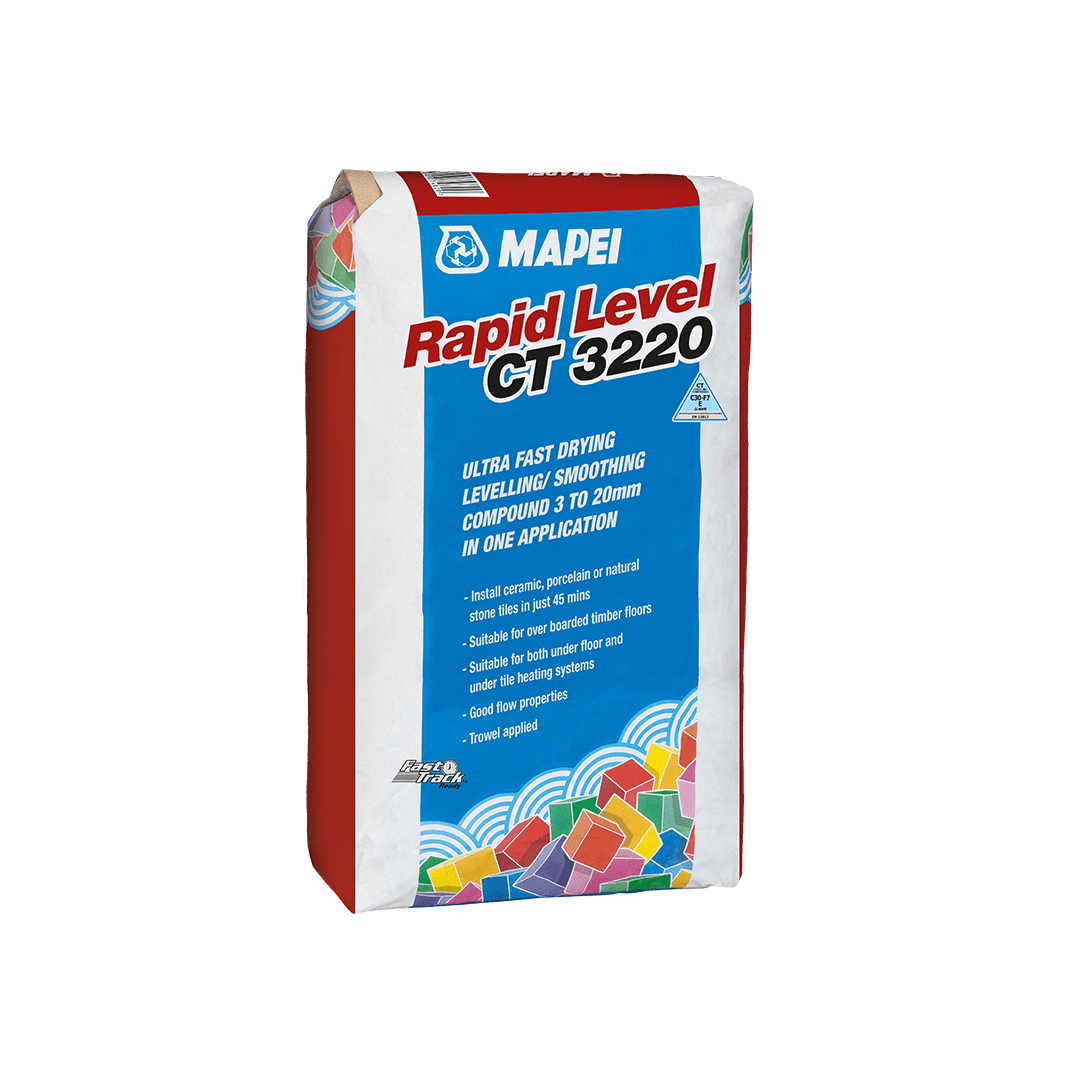 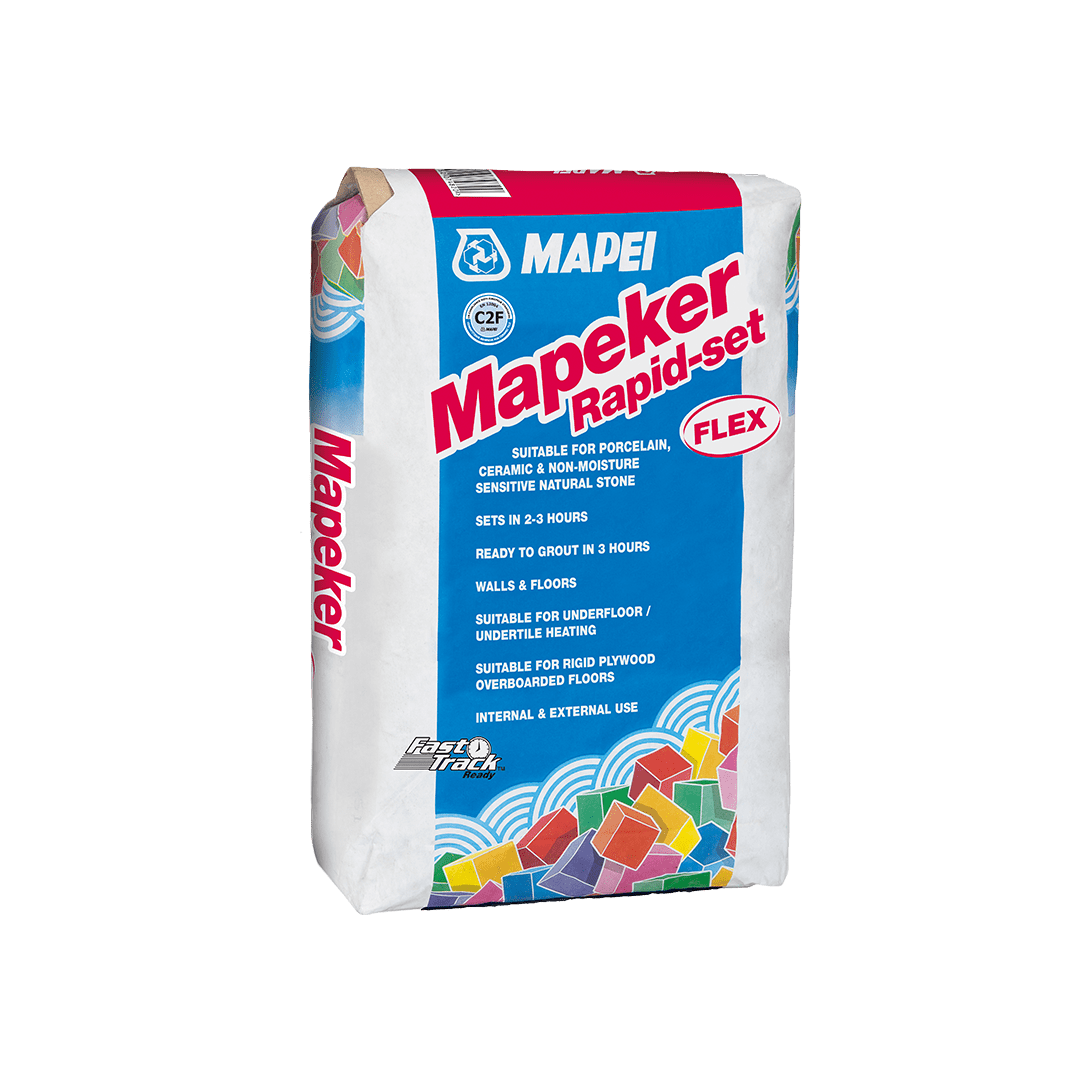