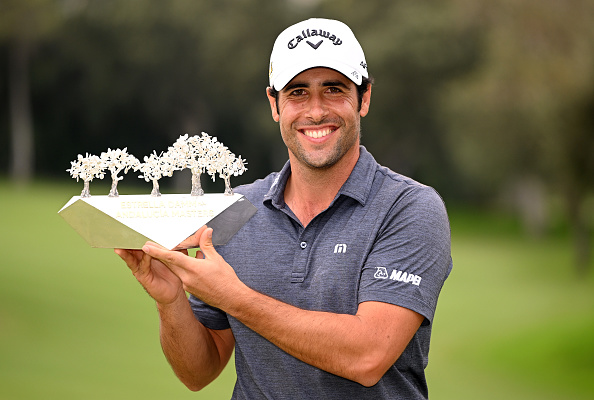 Huge congratulations to Mapei-sponsored Adrian Otaegui, who claimed victory at the DP World Tour’s Andalucía Masters 2022 on Sunday, setting a new course record.  His fourth DP World Tour title – and the biggest win of his career - Adrian now joins the top 100 of the world rankings and also top 10 on the Order of Merit.

Adrian Otaegui, who took a six-shot lead into the final round at Valderrama, claimed victory with a closing score of 68, finishing with a tournament-record total of 19 under par.  His first home victory, Adrian hit four birdies and a single bogey in a 3-under 68, leaving him at 19 under after four rounds; seven shots better than the previous record at Real Club Valderrama. Sweden’s Joakim Lagergren took second place, three shots ahead of Min Woo Lee from Australia.

“I feel so happy to have my first win in Spain, in front of these crowds, on my favourite golf course in Spain," Otaegui said.

If you would like to be kept up to date with all the developments and industry news from Mapei UK.
Click here to sign up -  https://www.mapei.com/gb/en/newsletter