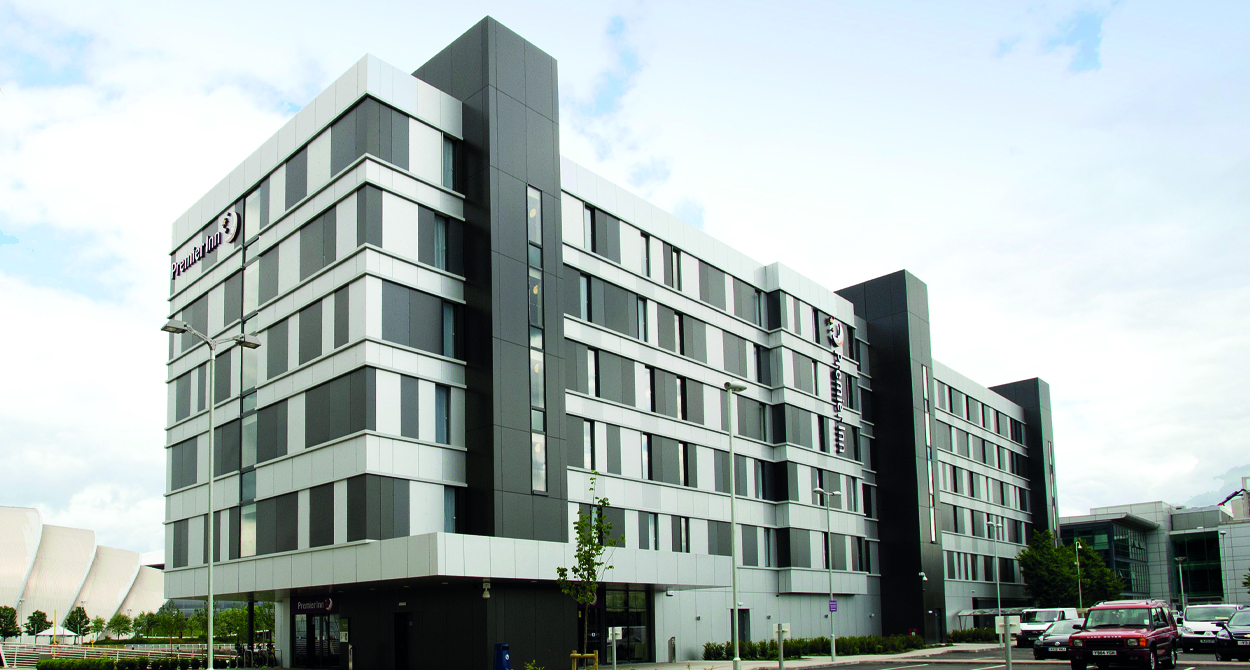 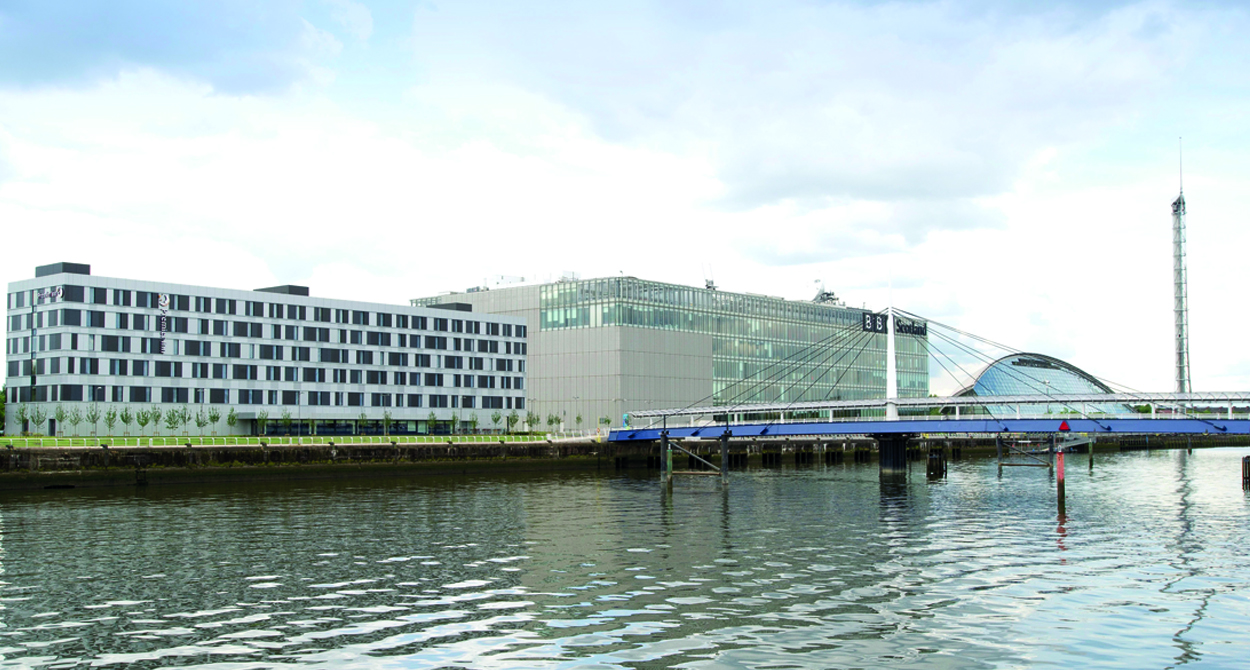 Ian Costello Tiling Contractors have completed an extensive refurbishment project, using Mapei systems, at Glasgow’s Premier Inn in Pacific Quay.  The project included refurbishment of 180 bathrooms for main contractor, CLC Contractors. Large format ceramic tiles, with feature mosaics, were installed with Mapei systems, which are specified for all refurbishments throughout the chain.

Situated to the west of Glasgow City Centre, on the banks of the River Clyde and with excellent access to the SSE Hydro and SEC Centre, the Premier Inn at Pacific Quay is a 6-storey contemporary designed hotel.  The accommodation features Premier Inn’s latest specification standard and Premier Plus bedrooms. The ceramic specification includes large format white ceramic tiles throughout the bathroom, with glass mosaic borders around the basin and vanity areas.

During the refurbishment, Ian Costello Tiling Contractors prepared surfaces with Mapei Primer G – a synthetic, resin-based primer in water dispersion. Wall tiles were then fixed with cementitious adhesive Kerabond T, with Mapei Adesilex P9 adhesive used for mosaics; both products provided benefits including no vertical slip. The installation was completed with Mapei Ultracolor Plus - an anti-efflorescence, quick-setting and drying polymer-modified grout with water-repellent DropEffect® and mould-resistant BioBlock® features.

If you would like to be kept up to date with all the developments and industry news from Mapei UK.
Click here to sign up -  https://www.mapei.com/gb/en/newsletter 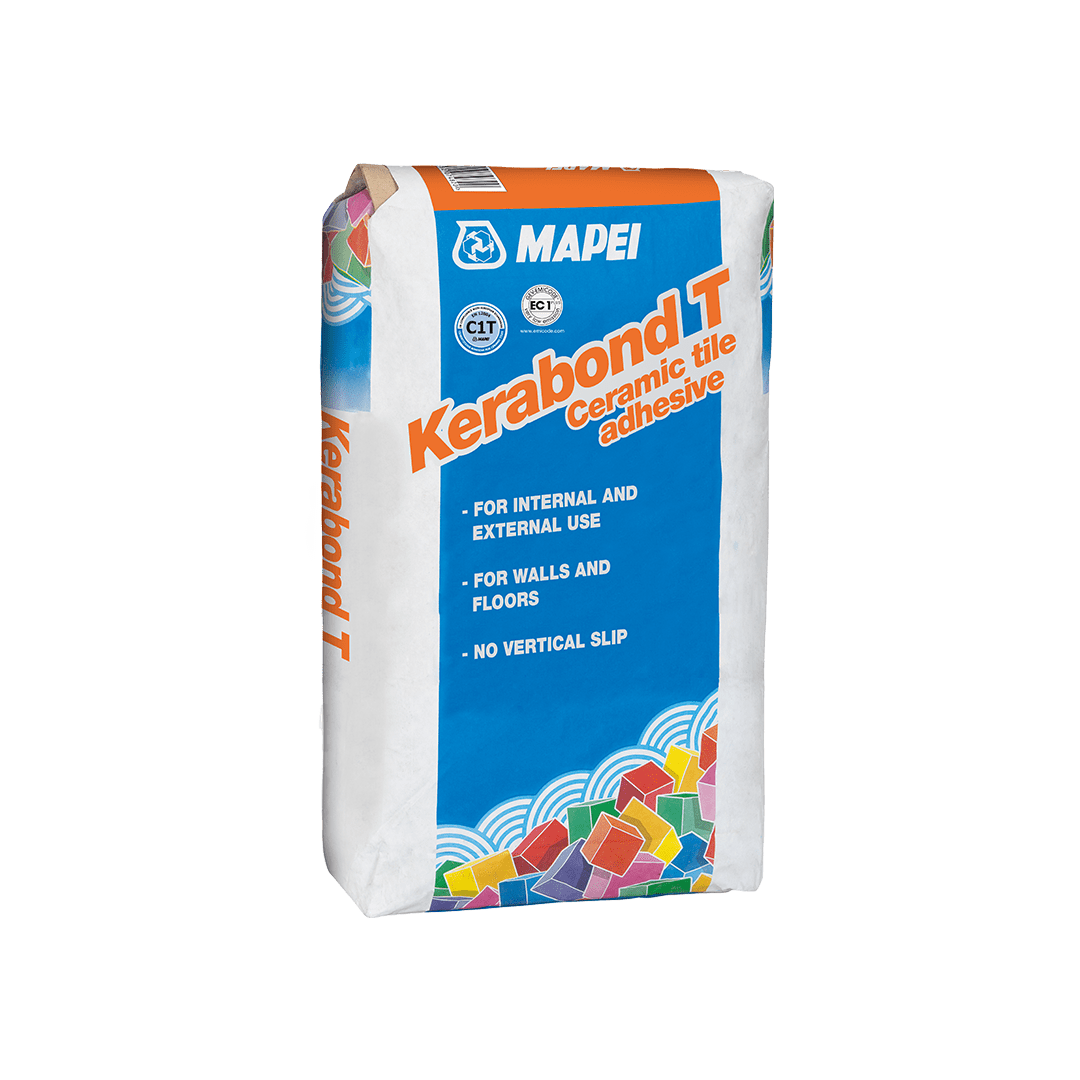 Cement based adhesive for fixing all types of ceramic tiles and mosaics to internal and external walls and floors. Mix with ISOLASTIC for… 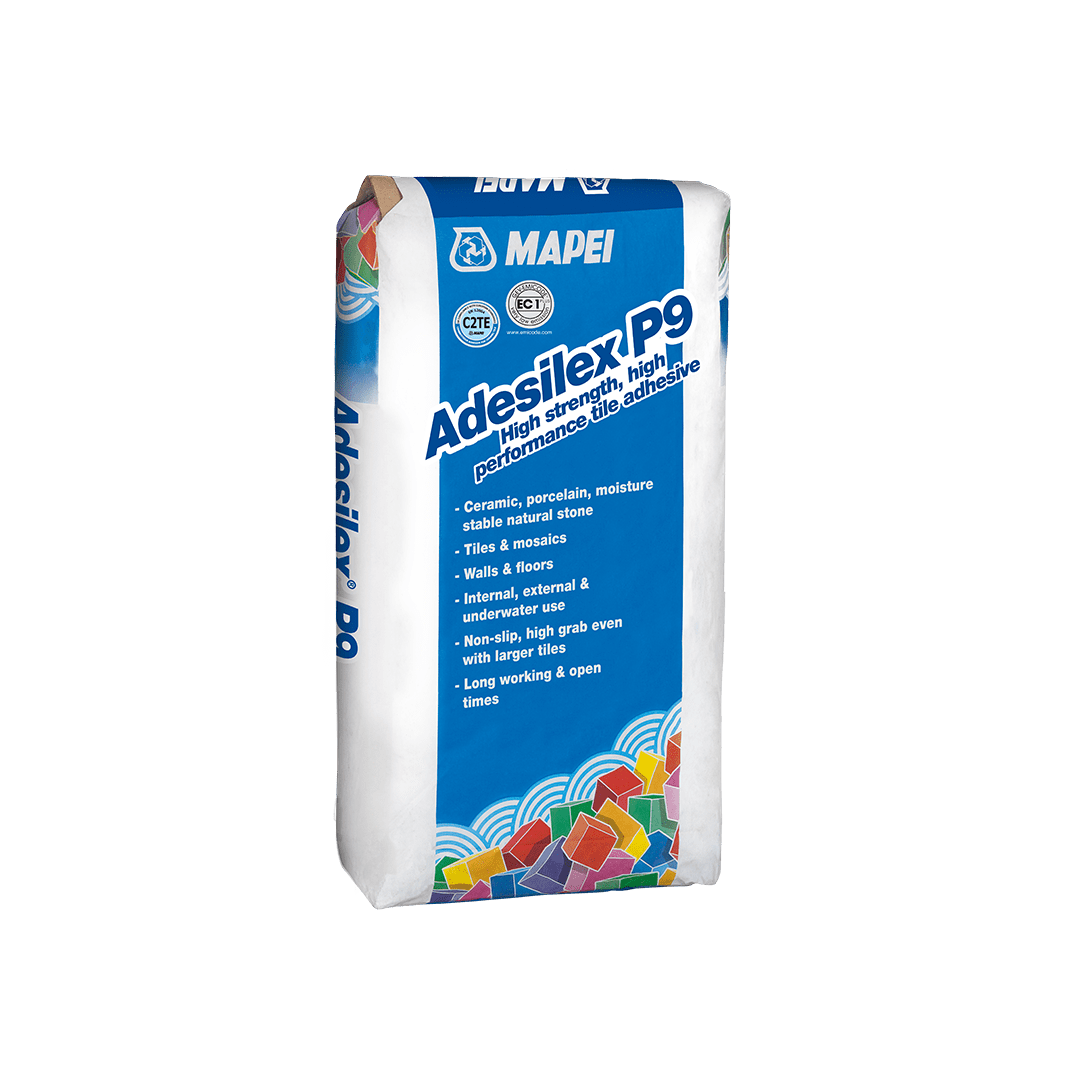 High-performance cementitious adhesive with no vertical slip and extended open time for ceramic tiles and stone materials. The white… 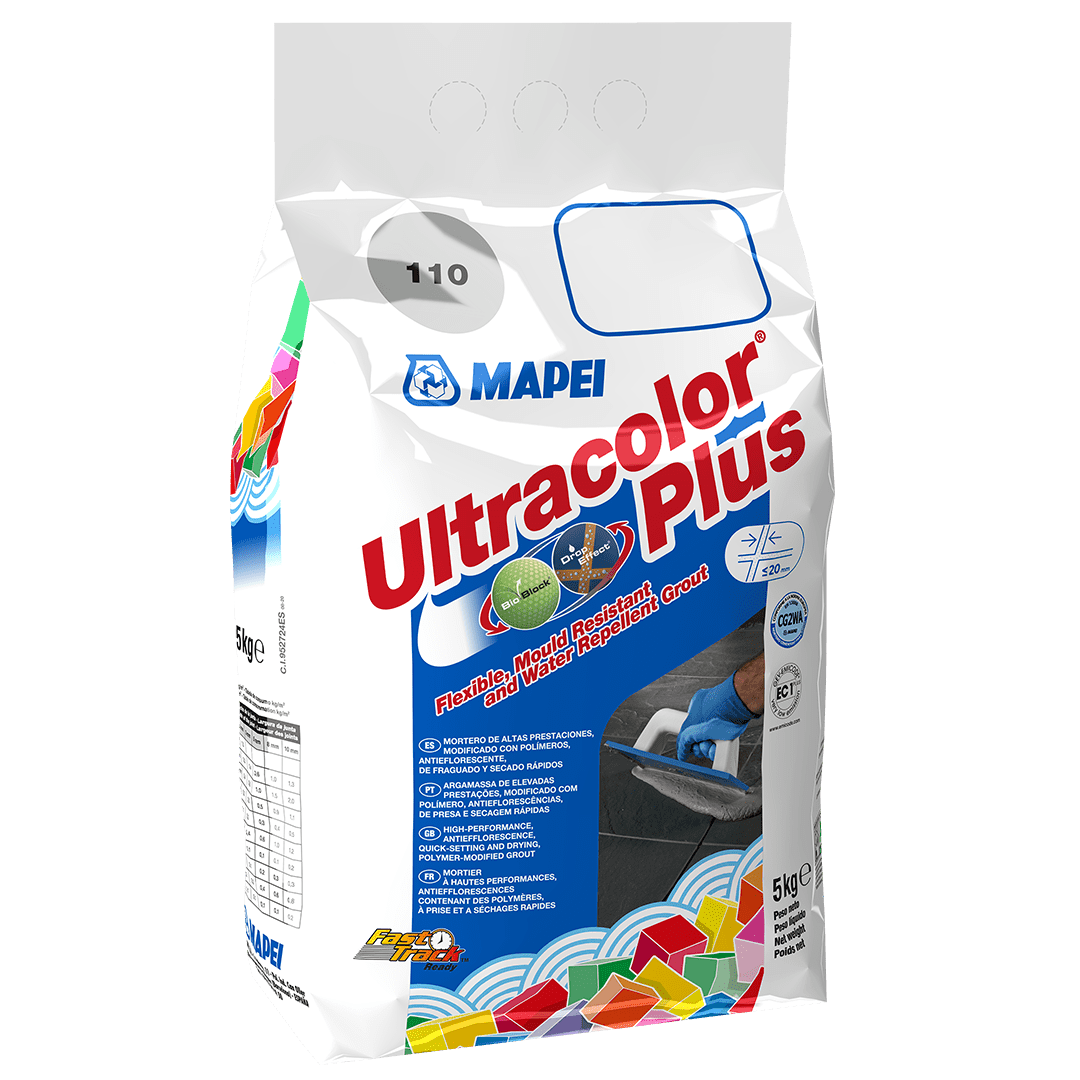 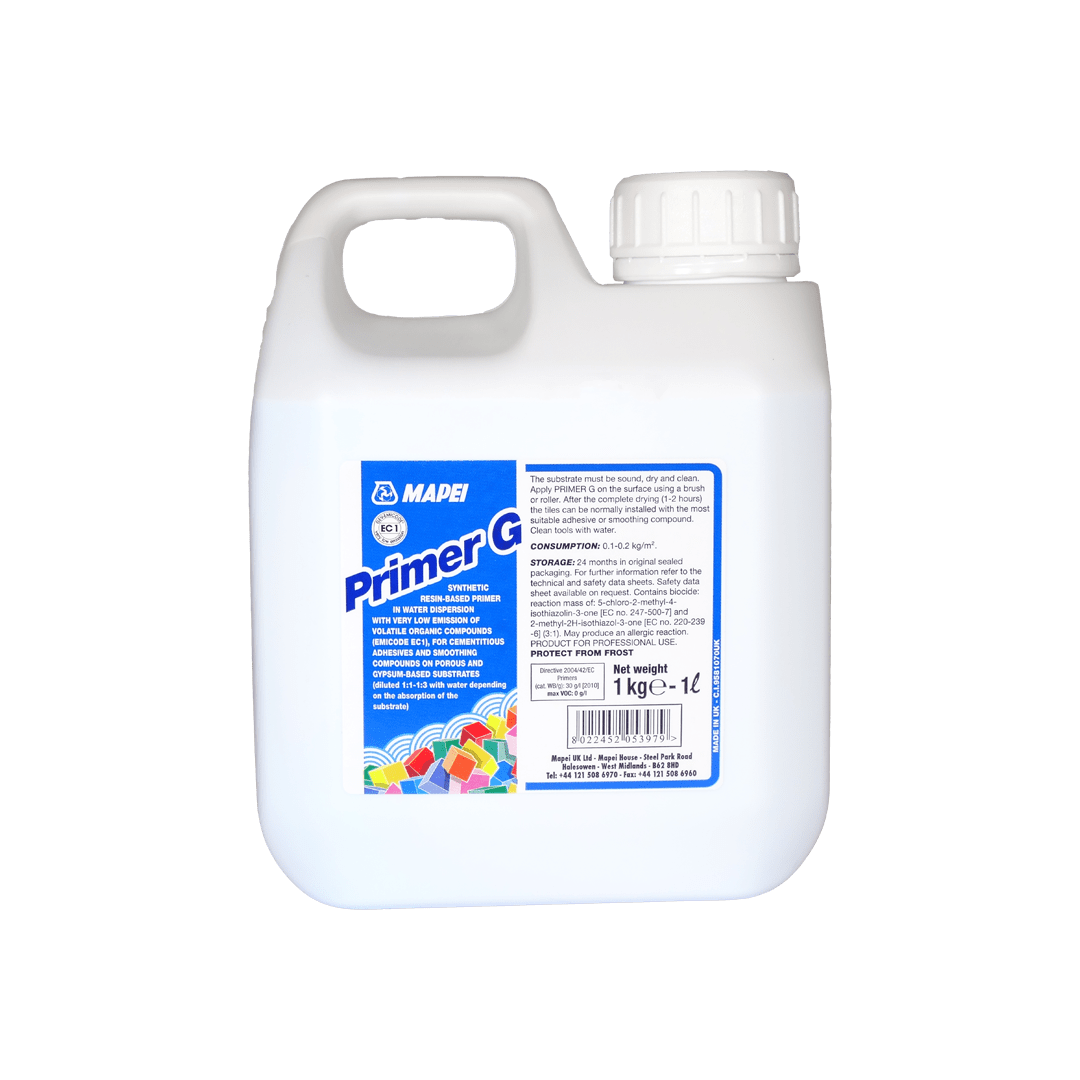 Synthetic resin primer in water dispersion with a very low content of volatile organic compounds (VOC). Where to use: For treating gypsum…