Thanks to the constant and continuous joint development work carried out in their Research & Development laboratories, Mapei and Polyglass have created numerous cutting-edge solutions for waterproofing roofs to meet contemporary design requirements.
These include synthetic membranes and polymer-bitumen membranes, as well as ready-to-use, liquid polyurethane and acrylic products or pure and hybrid polyurea membranes. 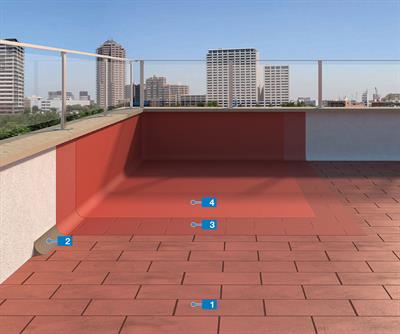 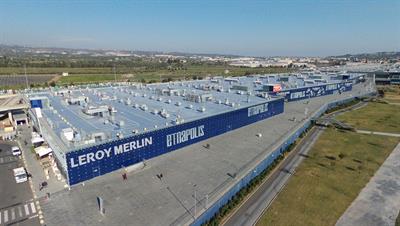 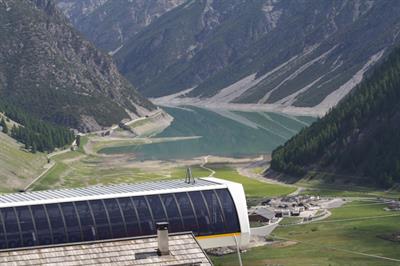 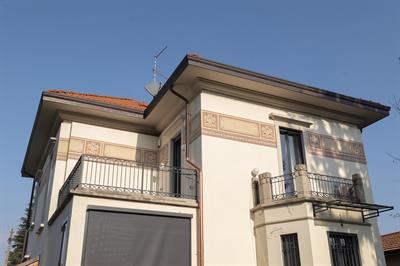 LEARN MORE ABOUT ALL OUR PROJECTS

Known as Masjid Negara, the National Mosque of Malaysia has been classified as a Class 1 Heritage Building by the city’s authorities and is a national monument that is well-known around the whole of Malaysia.

The roof of the place of worship, an architectural pearl made even more precious by its highly decorative colours and forms, was in need of renovation work. Following a thorough site survey, Mapei Technical Services, along with the client, decided to remove part of the existing substrate and to apply a new PURTOP 1000 polyurea waterproofing system. After completing application of the waterproofing system, new mosaic tiles were installed with KERAPOXY adhesive and grouted with Mapei solutions for ceramic.

Known as Masjid Negara (Masjid is an Arabic word for “mosque”, while Negara means “national”), the national mosque of Malaysia has been classified as a Class 1 Heritage Building by the city’s authorities and is a well-known national monument around the whole of Malaysia. In August, 1957 Malaysia won its independence from Great Britain and the Prime Minister of the time, Tunku Abdul Rahman, proposed building a national mosque to celebrate the event. The new government had the idea of creating new symbols that would unite the country and, apart from developing various sectors of industry and the economy, it also considered the promotion of architecture to be of strategic importance.

Inaugurated in 1965 after two years of building work, Masjid Negara was designed by the English architect Howard Ashley and the Malaysian architects Hisham Albakri and Baharuddin Kassim, who proposed a building in a contemporary style that would be different from the mosques built in the Moorish-Mughal style typical of the Islamic buildings constructed during the era of British rule.

The roof of the mosque has the form of a 16-point star; 11 of the points represent the states of Malaysia (at the time Borneo was not yet part of the federation), while the other 5 represent the Pillars of Islam.The roof covering the entire complex, on the other hand, is characterised by rows of small cupolas and pyramids, which were originally covered with pink mosaic tiles and then replaced with blue mosaic tiles when the mosque was renovated in 1987.

The blue windows were made in Italy and, just outside the main hall, stands the minaret of the mosque (73 m high). Behind the central body of the mosque, which can hold up to 15,000 worshippers and is characterised by a roof in the form of a 7-point star, there is the Makam Pahlawan (the Heroes’ Mausoleum) which houses the tombs of the Malaysian Prime Ministers.

In 2015, to mark the golden jubilee of the mosque, the government gave the go-ahead for a series of interventions that had become necessary over the years to repair and waterproof the roof of the religious complex.

The intervention included replacing and repositioning the mosaic tile covering for the cupolas and pyramids.

The Public Works Department commissioned with the task of choosing which products to use decided to present the tender specifications to several companies and to invite them to carry out a survey of the site.

The long rows of cupolas and pyramids on the roof of the religious complex had been covered with two layers of ceramic tiles as a result of the work carried out previously. To carry out the waterproofing work, Mapei Technical Services recommended removing the top layer of tiles by hydro-blasting. Once the substrate had been prepared, it was treated with a coat of PRIMER SN two-component, fillerized epoxy primer mixed with ADDITIX PE, a powder used to increase the viscosity and thixotropy of epoxy-based and polyurethane-based resin products.

Then, while the primer was still wet, the surface was broadcast with QUARTZ 30/60, which is distributed in Malaysia by Mapei Malaysia Sdn Bhd.

After removing all the dust from the surface, a 2 mm thick layer of PURTOP 1000 two-component, solvent-free pure polyurea membrane was applied by spray with a high-pressure, bi-mixer type pump. PURTOP 1000 membranes are characterised by their high chemical resistance to alkalis and diluted acids, exceptional flexibility and tear strength, and make the surfaces immediately waterproof after application.

KERAPOXY improved, slip resistant, reaction resin adhesive was chosen to install the mosaic tiles (blue tiles for the cupolas and grey tiles for the pyramids which, from above, form a coloured chess-board effect), while for the joints the preference was for KERACOLOR FF polymer-modified, water-repellent, cement-based grout mixed with FUGOLASTIC polymer admixture to improve its resistance to abrasion and reduce its porosity and water absorption rate.

On the roof there are also frames embedded between the pyramids and cupolas that needed to be waterproofed because they were causing damp on the ceiling below. In this case, too, work commenced by using hydro-blasting equipment to remove the old waterproofing treatment and any deteriorated areas of the roof. The deteriorated areas were then reintegrated with PLANITOP G40 SP polymer-modified mortar (which is distributed in Malaysia by Mapei Malaysia Sdn Bhd). The next step was to apply a coat of PRIMER SN with a roller and to broadcast the surface of the primer while still wet with QUARTZ 30/60 (distributed in Malaysia by Mapei Malaysia Sdn Bhd), followed by the application of a 2 mm thick coat of PURTOP 1000 by spray.

Work was completed by applying a coat of MAPECOAT PU 15 two-component, aliphatic, solvent-based polyurethane finish, which resistant to wear and ultra-violet rays.

Bridges, manufacturing plants, public and commercial facilities; iconic landmarks and buildings used on a daily basis were completed with Mapei solutions in Malaysia.

Waterproofing work in the main theatre of Malacca City.

FIND OUT MORE ABOUT ALL THE ARTICLES

Products in the spotlight 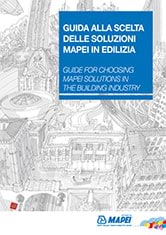 Guide for choosing Mapei solutions in the building industry 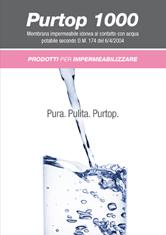 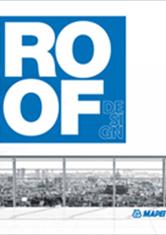 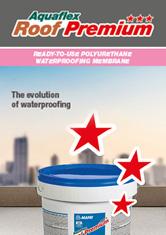 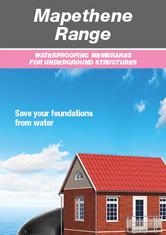 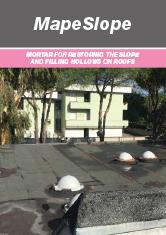 Mapeslope - Mortar for Restoring the Slope and Filling Hollows on Roofs 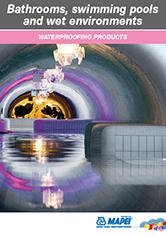 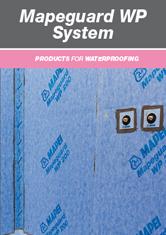 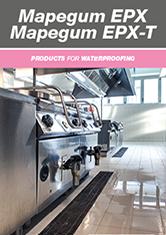 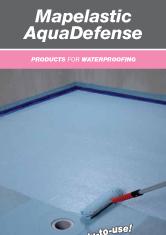 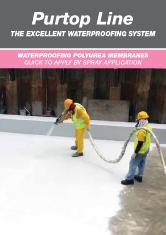 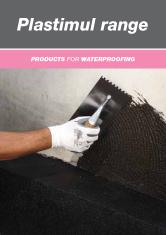 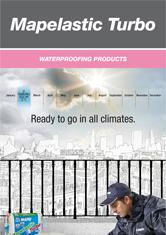 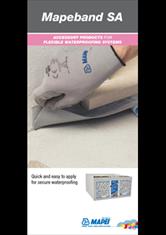 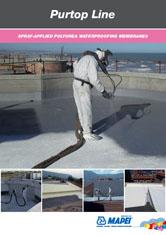 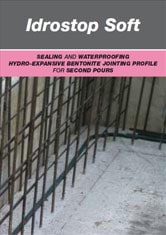 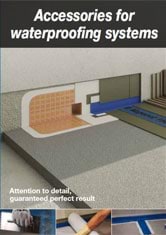 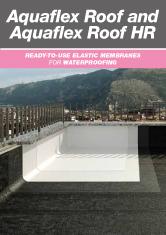 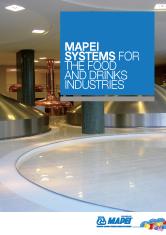 MAPEI Systems for the Food and Drinks Industries 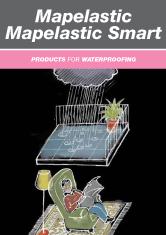 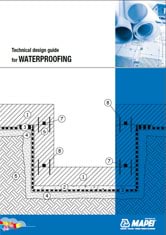 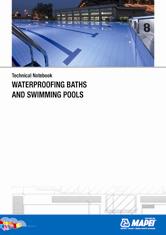 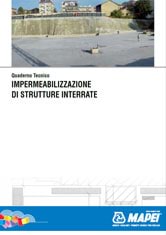 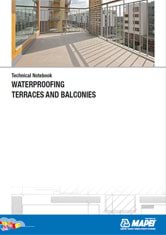 Waterproofing is a theme which we always approach with success by offering a wide range of specific, safe and long-lasting solutions. The main problem encountered by users is infiltrations in areas such as second pours, underground structures, terraces and roofs.

The range is comprehensive in order to cater for different requirements all around the world.

The line may be used in any sector: from large-scale infrastructures to residential use.

Our products help ensure all interventions are sound, guaranteed and durable.

Our daily mission is to help improve the quality of people’s lives by developing chemical products for construction purposes that are continually more sustainable and innovative. Mapei certifications are issued by accredited bodies that are internationally recognized.

Do you need assistance?