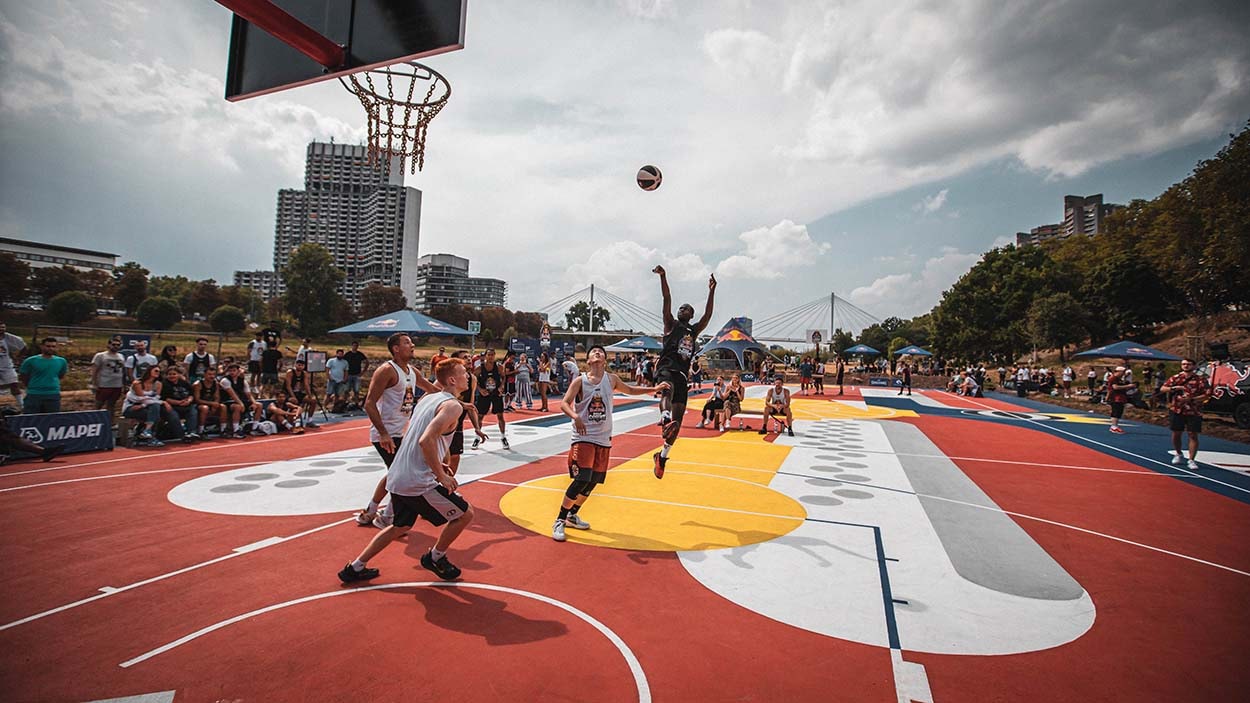 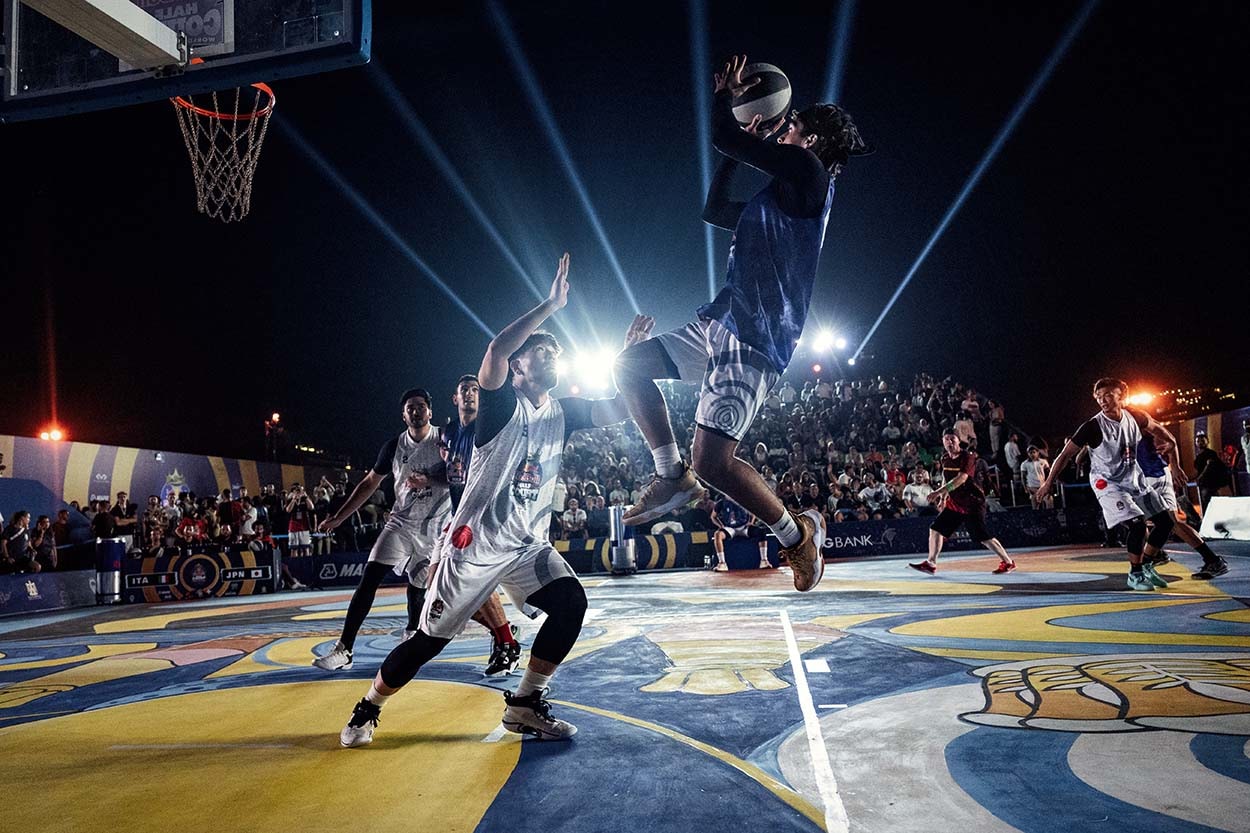 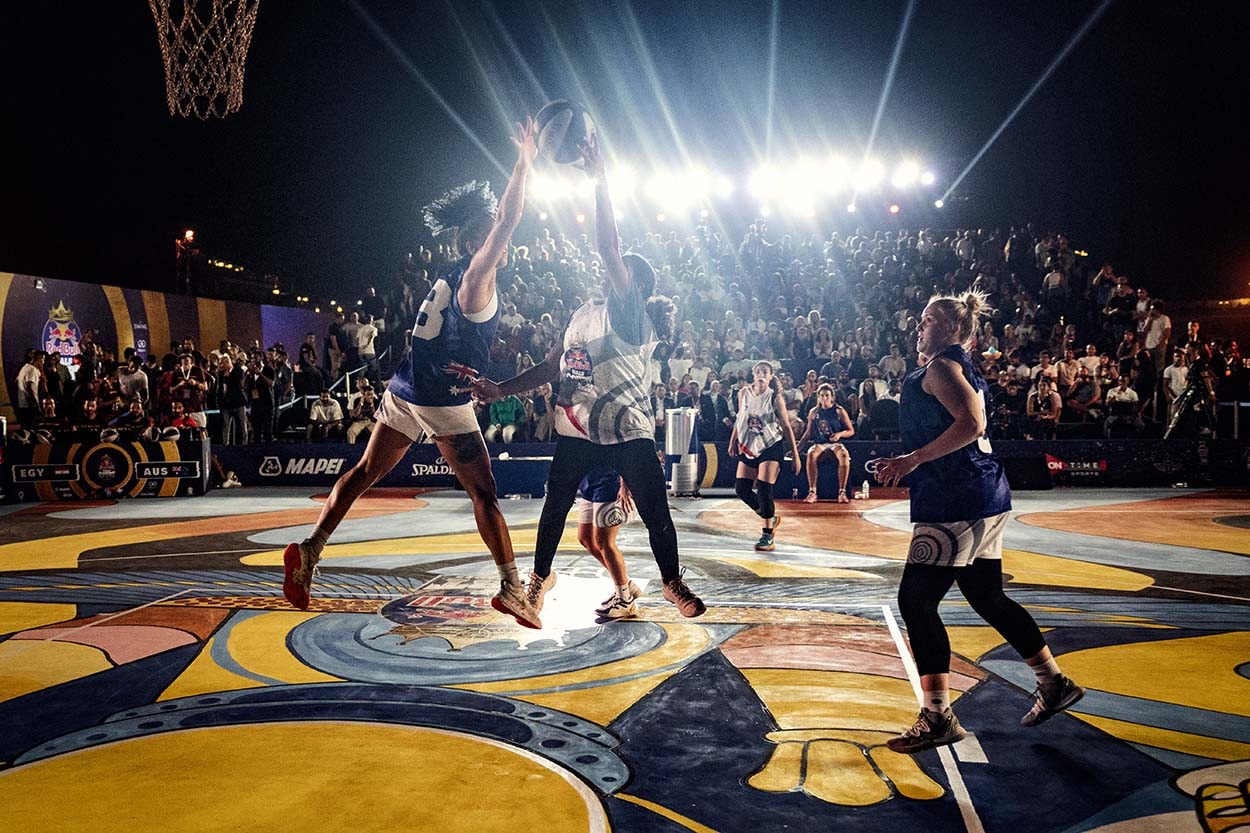 After the incredible success achieved in 2021 with the Red Bull Half-Court final staged at the playground in Scalo San Lorenzo in Rome, Mapei has once again partnered Red Bull to create renovated, colourful, high-performance basketball courts where players from all over the world competed in the national stages of the 2022 Red Bull Half Court tournament.

From 30th September-1st October, over 200 players representing 24 countries flied to Cairo for a weekend full of excitement: the world’s best 3vs3 street basketball team was decreed in the shadow of the pyramids. On a surface designed using Mapei colour technology – Official Supplier of the 2022 Red Bull Half Court World Final – and designed by Egyptian artist Ahmed Nofal (aka Nofal O), the Italian men's team and the Japanese women's team triumphed.

The partnership with Red Bull will enable Mapei to be part of in an important urban regeneration project. The playgrounds redeveloped for the matches of the tournament will, in fact, be donated to communities in the local neighbourhood: a socially-driven project enabling all the fans and other people to enjoy safe, accessible and beautiful spaces. All this will be possible thanks to Mapei products and technical expertise combined with the creativity of talented street artists engaged by Red Bull. 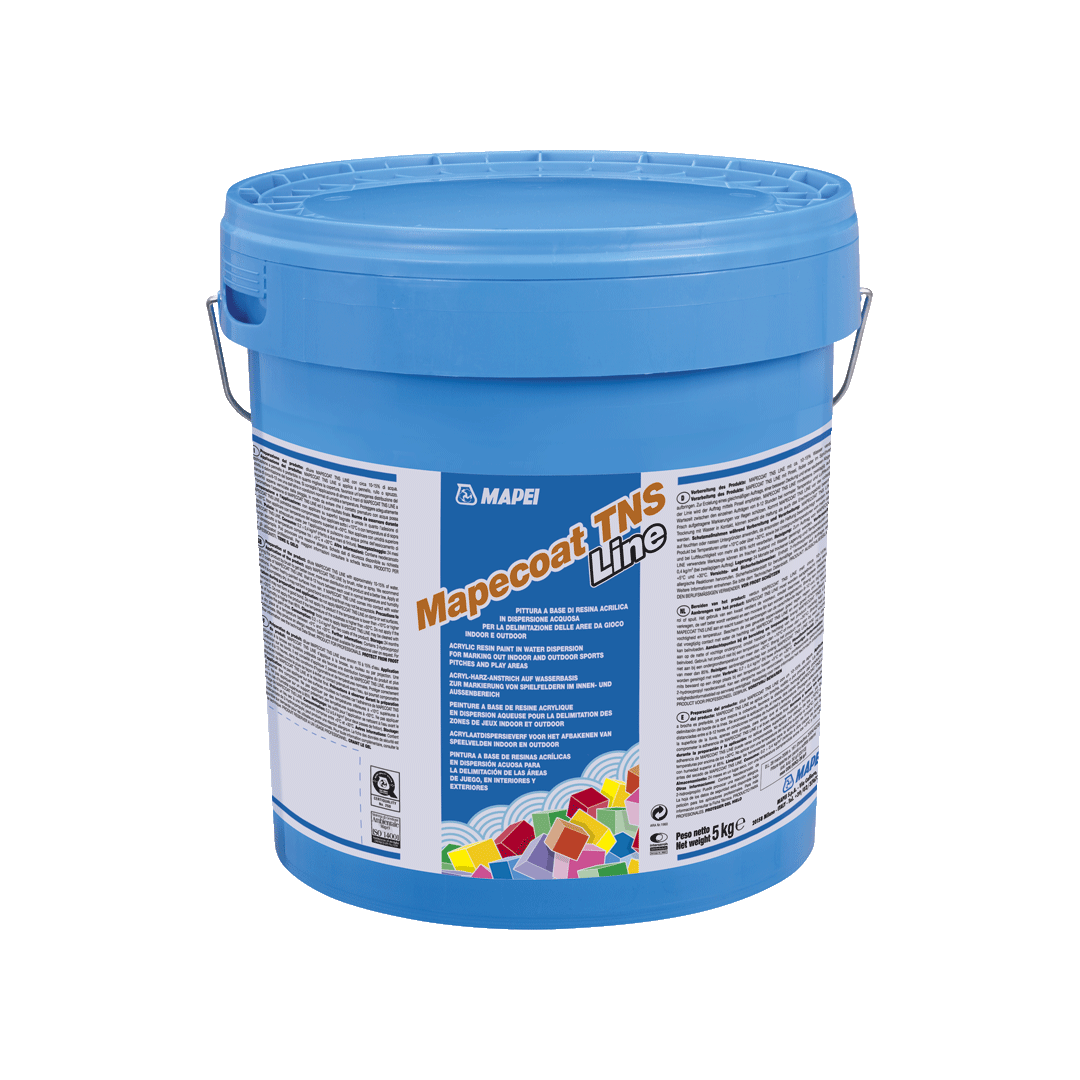 Solutions mentioned in the article