MAPEI has set off with Ambrogio Beccaria

MAPEI is embarking on a brave new adventure alongside Ambrogio Beccaria: Its first modern ocean sailing project through technological innovation and sustainability. Beccaria, an intrepid sailor of Milanese descent, born in 1991 and full of desire and determination to take on challenges, is the captain of this enterprise – an unprecedented journey aimed at testing human limits and taking the history of sailing to a new level. MAPEI, with its reputation as a pioneering company, is ready to sail the ocean together with a top crew on board the Alla Grande, a latest generation Class40 yacht.

The project
Alla Grande opens a new chapter in nautical design – the hull is designed by Gianluca Guelfi and is being built in a newly opened shipyard in Genoa, Sangiorgio Marine. The boat, equipped with a satellite link and extremely powerful sensors, is innovative in terms of its technology and environmental impact. The design, the carefully crafted sails and hydrodynamic simulations have made this a revolutionary project from the very onset. 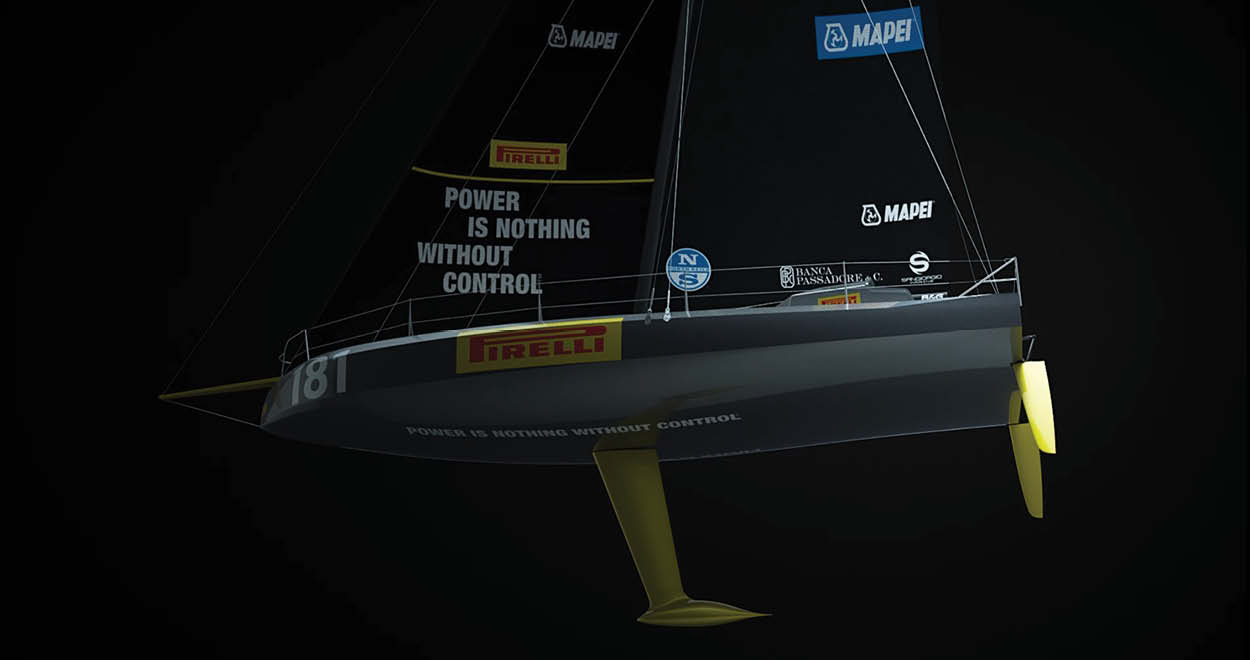 It is called “scow” sailboat – with a very wide bow that rides above the water. The scow bow is inspired by the shape and design of surfboards so it can glide across the waves without crashing into them. Alla Grande is designed for the ocean, not only for handling the Atlantic trade winds, but also for finding the best passage across the waves of three oceans. The boat features some innovations regarding the position of the mast (its longitudinal inclination at high speeds means it can perform better under greater control) and a cockpit with only four winches, two of which are central winches to facilitate faster maneuvers. The rudders are also tilted and automatically disengage toward the stern during collisions with floating or semi-floating objects. Unfortunately, this kind of thing happens quite frequently nowadays out in the ocean.

The energy on board is entirely generated by renewable sources such as solar energy and hydroelectric power. The solar panels, developed in collaboration with Solbian, are mounted on the deck and connected to the electrical system on board by MPPT (Maximum Power Point Tracker) charge controllers that can optimize charging. The hydro-generator transforms the kinetic energy of the water into electrical energy through a small propeller immersed in the water by the boat’s stern. The energy generated is related to speed: The faster the boat, the more renewable energy it will generate.

As far as possible, Alla Grande will sail in an environmentally friendly way where potable water comes from a desalinator which, in turn, is powered by renewable energy. The use of single-use plastics will be kept to a minimum, and any plastic items (only a few) are reusable.

MAPEI’s contribution
Veronica Squinzi, MAPEI’s CEO, had this to say about this latest sporting challenge: “We are proud to support this innovative and courageous project captained by Ambrogio Beccaria. A sporting and technological challenge based around the enthusiasm and passion for the sea of three talented young engineers. We are sure that project will go far. Passion, hard work and determination to take on new challenges are sporting values that have always been part of MAPEI’s DNA. That’s why we decided to ‘embark’ on this adventure.”

“MAPEI and I both started from Milan,” Beccaria noted. “MAPEI has reached everywhere in becoming a major multinational [company] and I also dream of sailing around the world. Thanks to this project.”

Beccaria also said, “I’m learning the value of a team because, even though I’m sailing solo, it’s only thanks to my team and the sponsors that this oceanic challenge is actually happening. With all the confidence surrounding me, we are bound to do great (or Alla Grande as we say in Italian)!”

The importance of research
Ocean sailing is an extreme adrenaline-fueled sport that is also psychophysically demanding. Discovering what solitude means, managing anxiety and polyphasic sleep patterns are key aspects of ocean sailing. Competition is not a means but an end in studying what is going on around you. Even studying ways of hitting top speed is being in tune with nature and a wild environment like the ocean.

The MAPEI Sport Research Centre is supporting Beccaria in his physical training and providing medical, sporting and nutritional assistance. It is also carrying out an in-depth scientific study into the sport of sailing. MAPEI Sport experts have even been on board with him to study the workloads he will have to handle and how he will have to move around to maneuver the vessel.

The next stages
After the launch scheduled for July at the Yacht Club Italiano in Genoa, the competitive season will begin, culminating with Beccaria’s participation in the Route du Rhum, the most famous transatlantic solo race, departing from Saint Malo, Brittany, France to Pointe-à-Pitre, Guadeloupe.

This new challenge on the open sea brings together ideals that are so important to MAPEI – constant research into innovation, attention to sustainability, and the desire to launch new futuristic enterprises. As it sets sail with Beccaria, MAPEI will be bringing along its own passion and determination, aiming to match the achievements it has attained in so many other sports, from cycling to soccer. 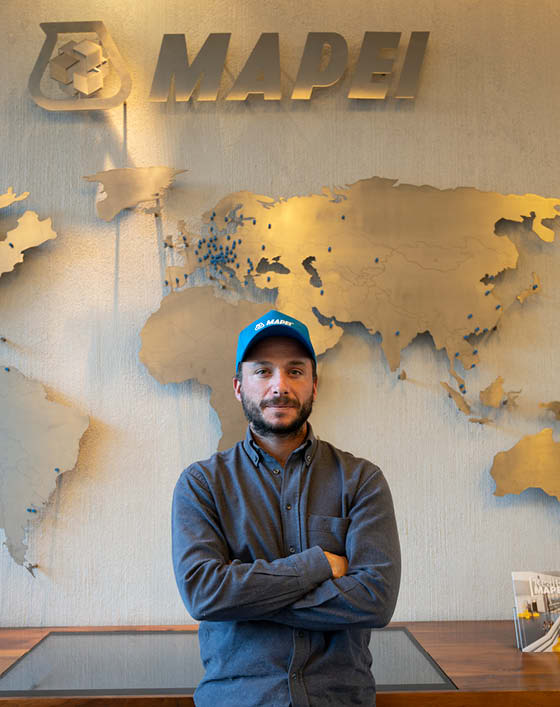 A 30-year-old graduate in nautical engineering, Ambrogio Beccaria was born and raised in Milan. After various experiences in crews and doubles, in 2013 he used his savings to purchase a mini 6.50, a boat measuring just six and a half meters in length. Since then, Beccaria, who began sailing solo, has never stopped winning regattas in this class both in Italy and France. Over recent seasons, 2018-2019, he has won more races than any other Italian sailor, becoming a great prospect in the sport of ocean sailing. On November 15, 2019, Beccaria was the first Italian sailor in history to win the Mini-Transat, a legendary transatlantic solo race. He was named “Sailor of the Year” in 2018 and 2019. He lives in Lorient, Brittany.

MAPEI
Founded in 1937 in Milan, MAPEI is one of the world’s leading producers of chemical products for use in the building industry and has taken part in the construction of the most important architectural works and infrastructure projects at a global level. With 91 subsidiaries located in 57 countries and 84 production facilities operating in 35 countries, the Group has around 11,000 employees around the world. In 2020, MAPEI Group registered a consolidated revenue of 2.8 billion Euros. The foundations for the success of the company are specialization, internationalization, research and development, and sustainability.