After a hurricane, MAPEI products help to rebuild a flooded golf course

In the world of recreational golf, Topgolf has become a destination that challenges the popularity of mini golf courses and traditional driving ranges. In fact, the Topgolf “sports entertainment centers” provide a range of entertainment options for all ages and abilities that are not found in the traditional golf courses. Each Topgolf location features climate-controlled “hitting bays” for year-round golfing, as well as food, beverages, live music and HDTVs showing games of football, basketball and, of course, golf. The Topgolf venues also offer golf lessons, leagues and tournaments, as well as providing a location for concerts and corporate events.

Topgolf is a rapidly growing business. As of this writing there are 54 locations worldwide – 50 in the United States, three in the United Kingdom, and one in Australia. The company headquarters is located in Dallas, and this MAPEI project took place at another Texas location, in the Houston suburb of Katy.

The Topgolf location in Katy had been heavily damaged by Hurricane Harvey, which inundated Texas in 2017. As stated by Anthony Graham, Product Manager for MAPEI’s OEM & Sports Divisions, “The flooding on the golf course had caused heavy erosion, which had resulted in dips and divots. These in turn had created poor aesthetics and issues with golf play at the facility. The maintenance crews had tried numerous repair efforts with little to no success.”

Enter MAPEI. “We presented the idea of using Mapesoil 100 to repair and permanently eliminate their issues with the sub-base, using the ground material that was already in place. They agreed,” Graham said. 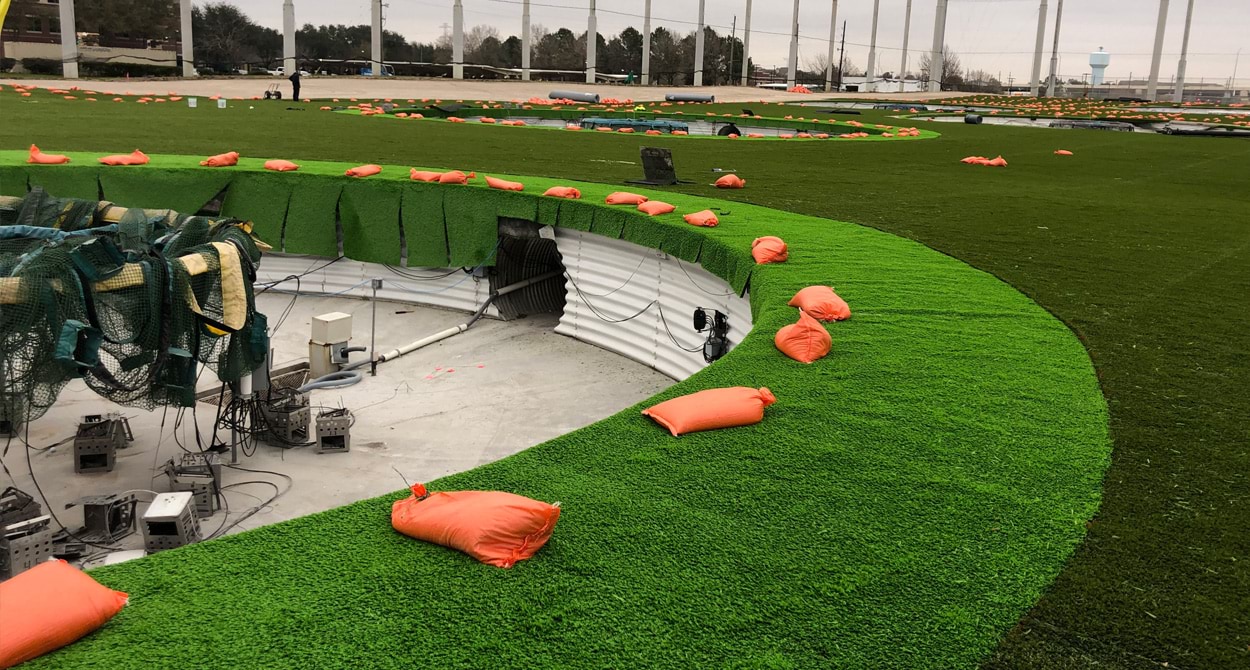 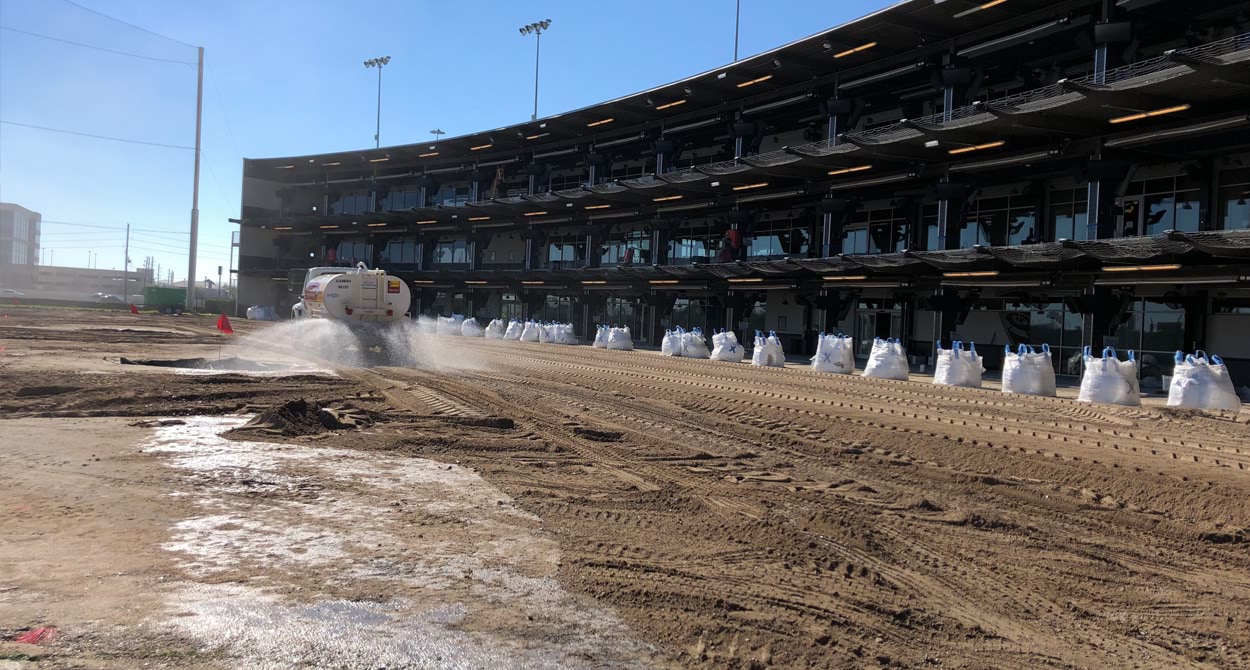 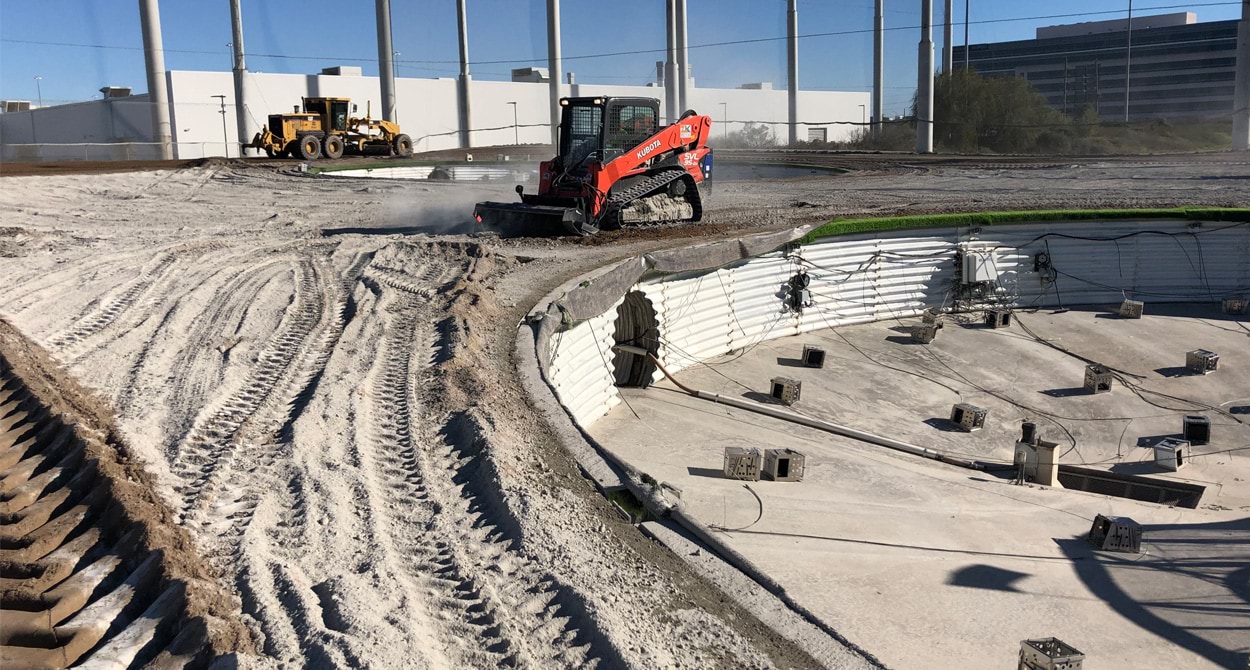 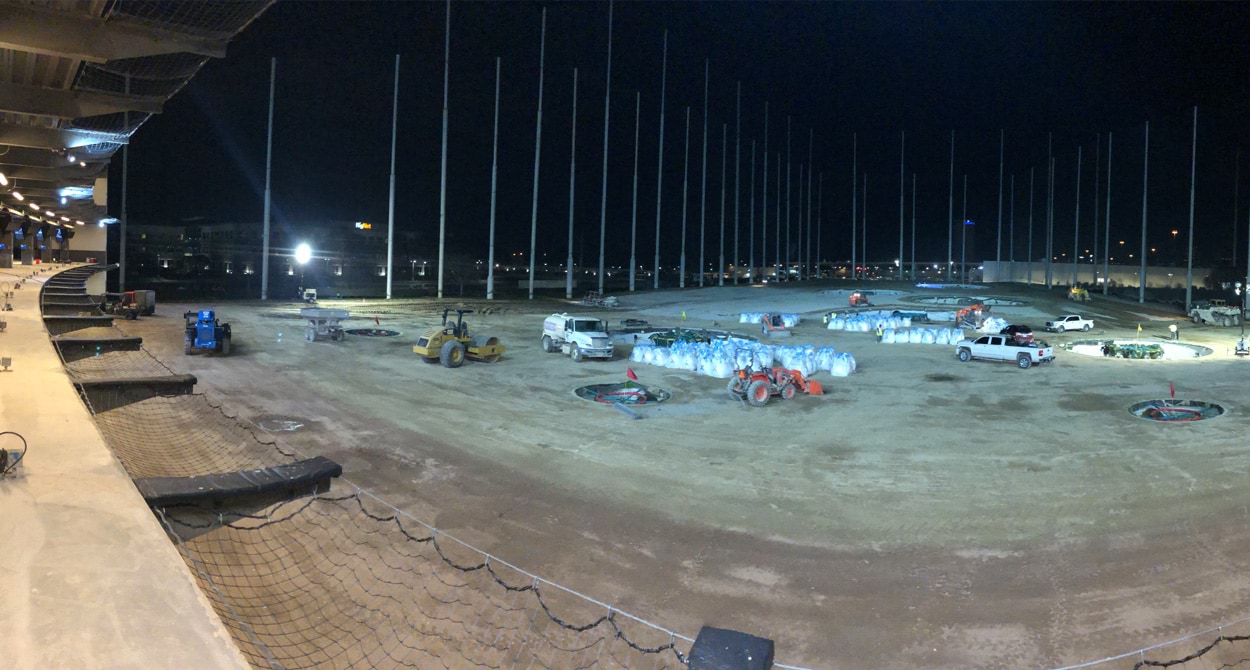 Stepping up to the tee

With MAPEI, every project is important, but this project was extra special. This was the first large installation of Mapesoil 100 in the United States and also the most unusual due to the many undulations with the grade, because the jobsite mirrored a golf course. Most applications of Mapesoil 100 historically have been on somewhat flat surfaces (soccer pitches) with minimal grades of 3% to 4% over large areas, Graham explained.

Due to the project’s importance and the installing crew’s lack of experience with Mapesoil 100, MAPEI’s coordinators Elisa Portigliatti and Alberto Cosmelli were on hand from Italy, to join the North American MAPEI Sports crew as advisors and consultants throughout the installation. The subcontracted installer Lion Equipment brought in a crew of 15 to apply 195,800 pounds (88 813 kg) of Mapesoil 100 over 168,000 square feet (15 608 m2), Graham said.

MAPEI products on the jobsite

The Lion Equipment crew installed Mapesoil 100 over the course of four days. To begin, the crew divided the grounds into four quadrants. The crew tilled and loosened the soil to the specified depth with a grader and a mixer. Then, water was added via water truck to bring the soil to the optimal water content. “We only had to add water to Quadrants 2, 3 and 4,” Graham said. “A rain shower the previous day had soaked Quadrant 1, and it still contained enough moisture for the Mapesoil 100 application.”

Next, Mapesoil 100 was applied evenly at a pre-determined application rate using a drop spreader. “The crew broadcast one ‘super sack’ at a time,” Graham stated. “Although the drop spreader gave us the capacity to spread up to six sacks at a time, we decided to spread one sack at a time rather than risk improperly applying product because of the height and spread range of the machine and the course. However, in Quadrant 4, which was close to the building, the crew cut the super sacks and spread the Mapesoil 100 via small loaders to limit ‘dust-up’.”

Once Mapesoil 100 was spread, the crew used large tractors with mixing attachments to mix the product into the soil. For tighter areas around the targets on the golf course, they used the small loaders with front mixer attachments.

The water trucks were then brought back to apply the proper amount of moisture, allowing hydraulic binding of Mapesoil 100 to take place. Each quadrant was then graded and rolled to compact the soil. “The final application was then allowed to cure without any machinery traffic for approximately 48 hours,” Graham said. “Then it was time to install the turf rolls.”

The new synthetic turf installation began with the use of Ultrabond Turf PU 1K adhesive. “Topgolf had been using our turf adhesive for two years prior for all of their installations, so they were quite familiar with this product,” Graham said. It was installed at junctions of 10 inches (25 cm) wide at all of the turf’s seams, adhering the rolls to create a seamless “lawn” of grass. Multiple colors of turf were used to mirror the different types of grass that are found on a golf course. The entire process of rebuilding the sub-base and installing the synthetic turf took seven days. “The overall Mapesoil 100 application time frame was approximately 36 working hours,” Graham added.

And, when the crew was finished, the golf course was once again pristine. The hurricane damage and flooding were distant memories.

The installation of Mapesoil 100 and Ultrabond Turf PU 1K adhesive was a success for Topgolf, and “they are now working on building in the product application into their specs for all new builds,” Graham stated. Talk about hitting a hole in one!
Product Focus
Ultrabond Turf PU 1K is a fast-setting, moisture-curing, one-component, urethane adhesive specifically designed for bonding of synthetic turf in high-performance sports installations. Offering excellent weather resistance, Ultrabond Turf PU 1K can be used in interior and exterior applications. It meets FIFA requirements for bond strength in sports-turf applications. 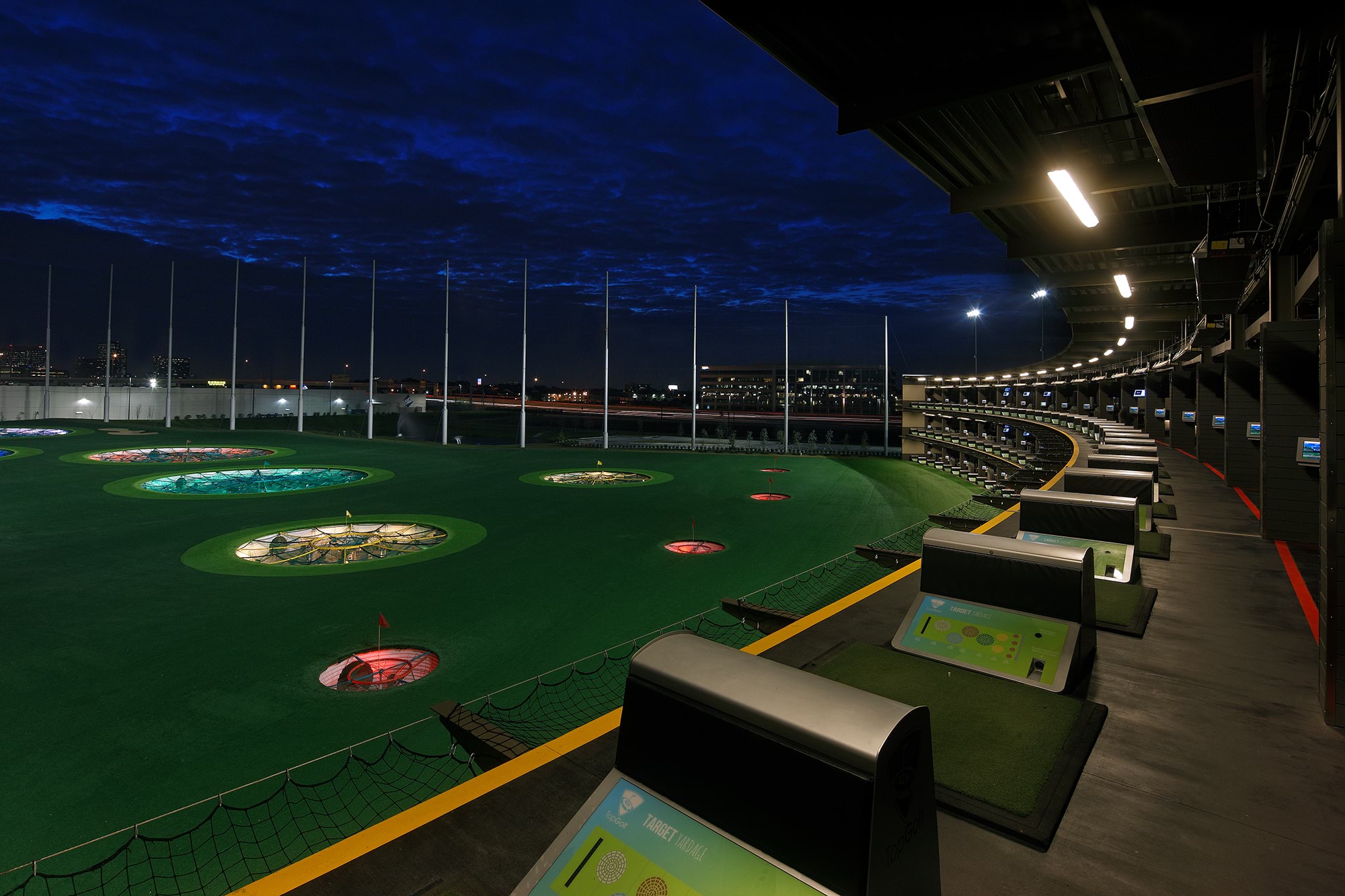 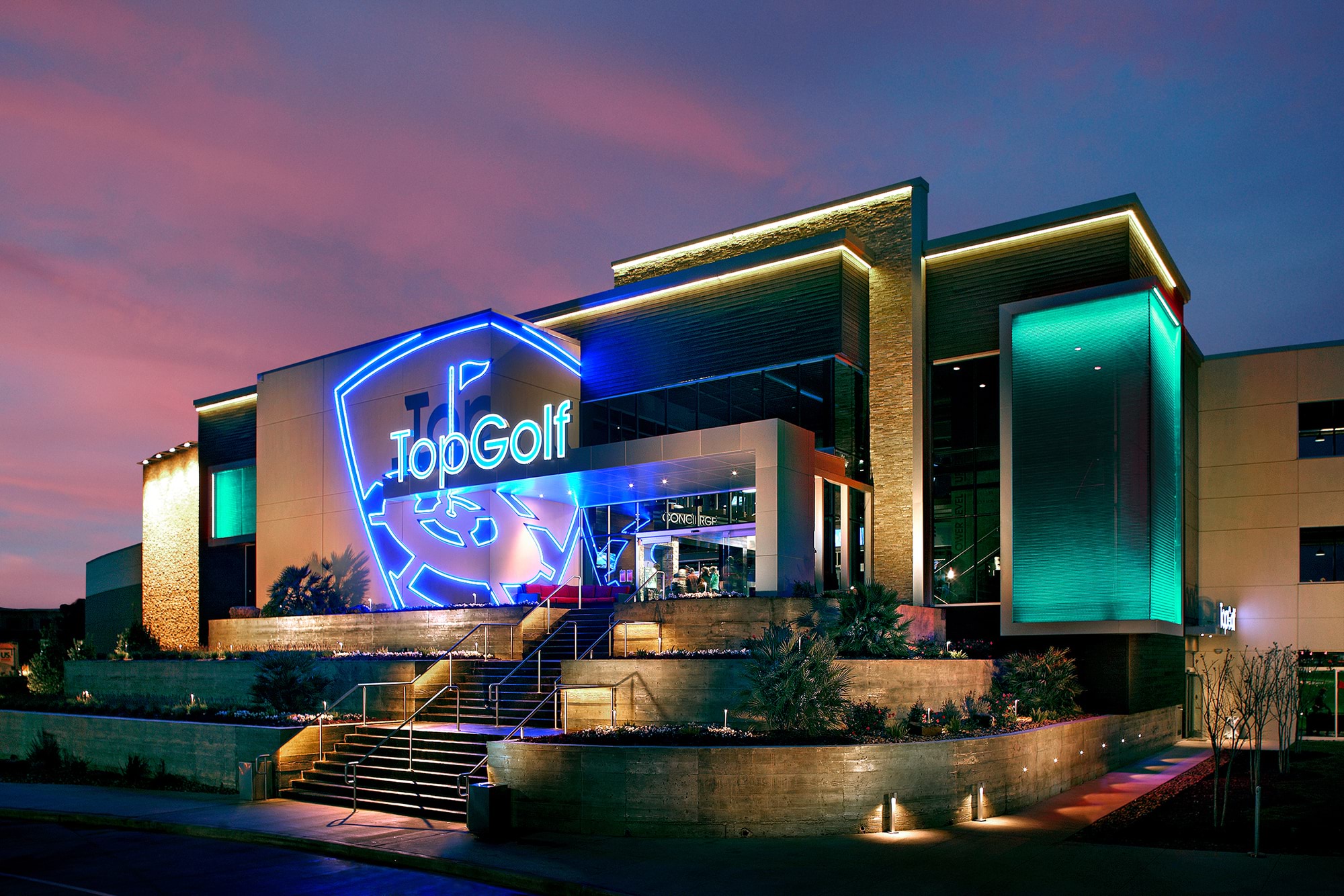 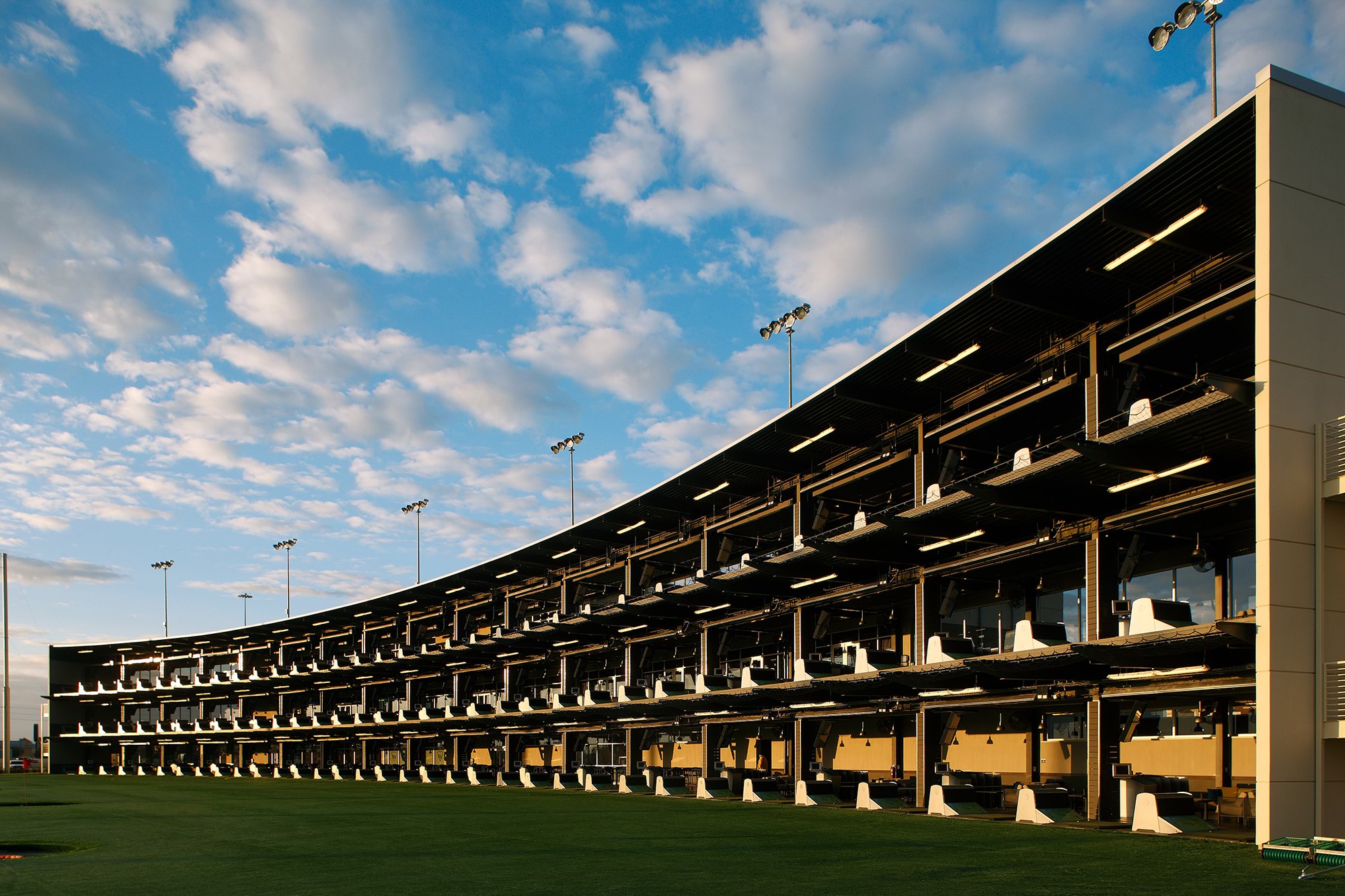 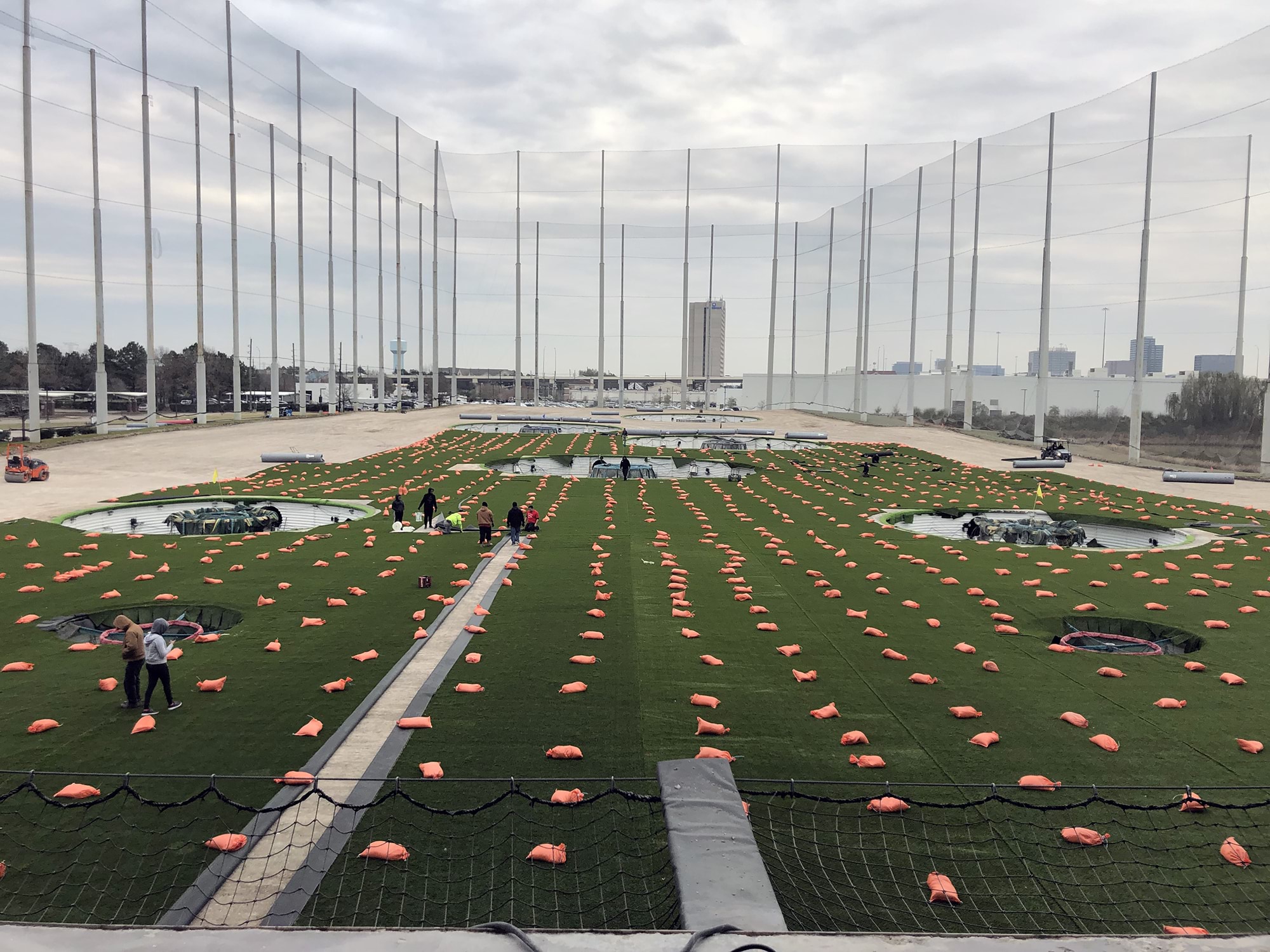 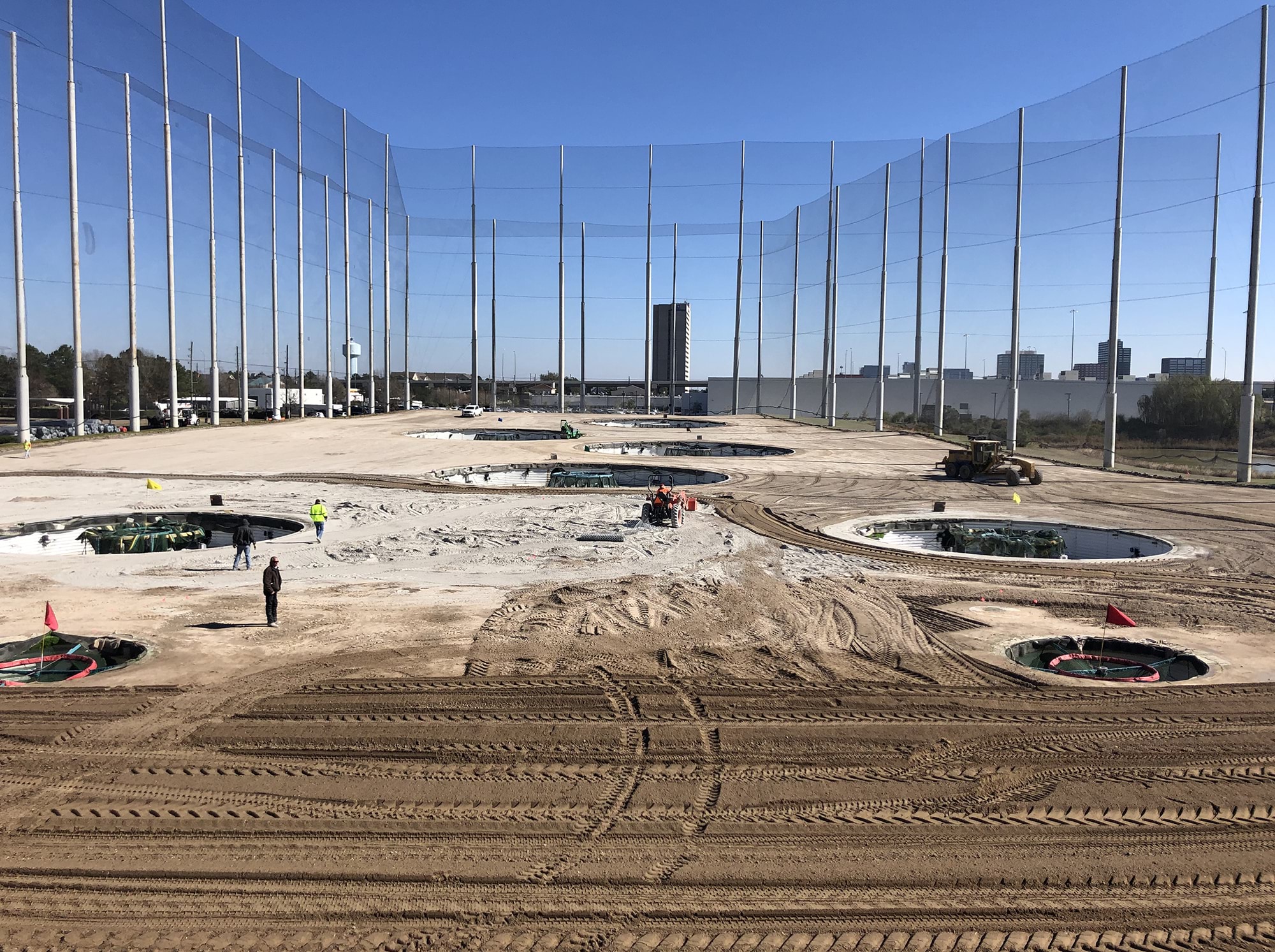 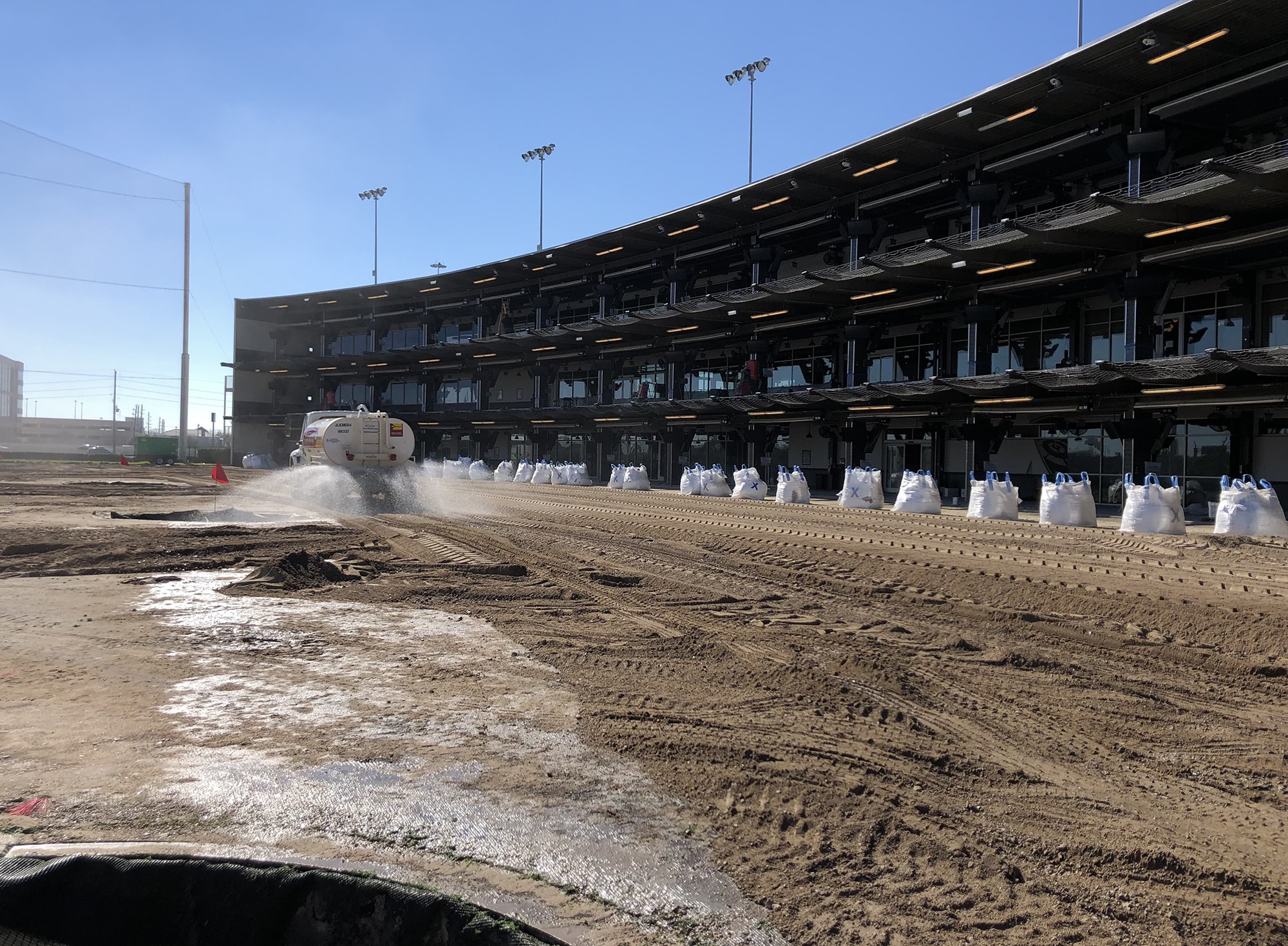